History (originally The History Channel from 1995 to 2008) is an American basic cable and satellite television channel that is owned by A&E Networks, a joint venture between the Hearst Corporation and the Disney–ABC Television Group division of the Walt Disney Company.

The channel originally broadcast documentary programs and historical fiction series. It has mostly broadcast various reality television series such as Pawn Stars, Ax Men, and other non-history related content. The network is criticized by many scientists, historians, and skeptics for broadcasting pseudo-documentaries, unsubstantiated and sensational investigative programming, such as Ancient Aliens, UFO Hunters, Brad Meltzer's Decoded and the Nostradamus Effect.

As of February 2015, approximately 96,149,000 American households (82.6% of households with television) receive History.[1] International localized versions of History are available, in various forms, in India, Canada, Europe, Australia, Middle East, Africa, and Latin America. The first European version was launched in Scandinavia in 1997 by Viasat which now operates their own channel, Viasat History.

History was launched on January 1, 1995 as The History Channel,[2] its original format focused entirely on historical series and specials.

On February 16, 2008, a new logo was launched on the U.S. network as part of a rebranding effort. While the trademark "H" was kept, the triangle shape on the left acts as a play button for animation and flyouts during commercials and shows. On March 20, 2008, as part of that same rebranding effort, The History Channel dropped "The" and "Channel" from its name to become simply "History."[3]

On June 1, 2015, the History logo was slightly updated, completely removing the triangle shape on the left.

During the 1990s, History was jokingly referred to as "The Hitler Channel"[6] for its extensive coverage of World War II. Much of its military-themed programming has been shifted to its sister network Military History.

The network has also been criticized for having a bias towards US history. Another former sister network, History International, more extensively covered history outside the US until in 2011 it was rebranded as History 2 and started broadcasting more material that had to do with US history.[7]

The network was also criticized by Stanley Kutner for airing the series The Men Who Killed Kennedy in 2003. Kutner was one of three historians commissioned to review the documentary, which the channel disavowed and never aired again.[8] Programs such as Modern Marvels have been praised for their presentation of detailed information in an entertaining format.[9]

Some of the network's series, including Ice Road Truckers, Ax Men, and Pawn Stars, garnered ratings in the United States while receiving criticism over the series' non-historical nature. Forbes.com contributor Brad Lockwood criticized the History Channel's addition of "programs devoted to monsters, aliens and conspiracies" and wrote that ratings trends have influenced the network to focus on entertainment rather than actual historical programming.[10] U.S. Senator Chuck Grassley is a critic of the channel and its lack of historical or educational programming, showing particular disdain for Ax Men and Pawn Stars.[11]

In his book 2012: It's Not the End of the World, Peter Lemesurier describes the channel's Nostradamus series, in which he was invited to participate, as "largely fiction" and "lurid nonsense."[12] He also lists numerous suggestions made in its films on the alleged Mayan "end of the world" and the "rare" galactic alignment that was supposed by John Major Jenkins to accompany it in 2012,[13] while Jenkins himself has described Decoding the Past as "45 minutes of unabashed doomsday hype and the worst kind of inane sensationalism."[14]

In December 2011, Politifact gave the History Channel's claim that the United States Congress stayed open on Christmas Day for most of its first 67 years of existence a "pants on fire" rating, the lowest of its ratings, noting that its own research showed that both the Senate and the House had only convened once in those 67 years on a Christmas Day and adding that, since there's a 1/7 chance of Christmas falling on a Sunday (when Congress did not meet in order to attend church), the claim that they would have convened almost every Christmas is "ridiculous."[15] The claim had first been broadcast on the History Channel program Christmas Unwrapped – The History of Christmas before being subsequently picked up by the American Civil Liberties Union's website on the "Origins of Christmas" and by the Comedy Central series The Daily Show.[15] Daily Show host Jon Stewart responded the next day by stating it was their fault for trusting the History Channel and satirized a clip from the History Channel about UFOs and Nazis by stating, "The next thing you know we'll all find out the Nazis did not employ alien technology in their quest for world domination."[16][17]

The History Channel was also singled out for ridicule by Smithsonian magazine. The article took issue with the show Ancient Aliens for postulating the "idea that aliens caused the extinction of non-avian dinosaurs."[18] The online magazine Cracked also lampooned the channel for its strange definition of history. Cracked singled out programs on UFO Hunters and Ancient Aliens as being the very definition of non-history by presenting pseudoscience and pseudohistory. [19] 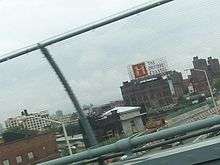 The History Channel (as it was then known) was not initially related to a similar Canadian service, History Television, which launched in 1997. During the Canadian channel's first several years of operation, despite sharing a similar programming focus, the channels would rarely if ever share programming. Indeed, the phrase "Not available in Canada" became a de facto slogan for the U.S. channel in its early years as a result of its use in promotional ads on American channels that were imported to Canadian pay television providers, particularly A&E.[22]

As late as the late 2000s, flagship History (U.S.) series were slow to reach Canadian viewers (if they aired in that country at all); Ice Road Truckers debuted in 2007, but did not join the History Television schedule until early 2009. However, the relationship between the two has improved since then. On May 30, 2012, History Television's current owner Shaw Media announced that it would rebrand the channel as a Canadian version of History in the fall of 2012, through a licensing agreement with A+E Networks.[23] History Television relaunched as History on August 12, 2012; shortly thereafter, another Shaw-owned specialty channel was relaunched as a Canadian version of H2.

On October 21, 2014, Corus Entertainment reached an agreement to acquire Canadian French-language rights to History programming for its own channel, Historia. On March 9, 2015, the network was re-launched under History's logo and branding, although the network still carries the Historia name.[24] Historia was previously owned as a joint venture between Shaw and Astral Media (merged with Bell Media in 2013), which made it a sister to History; Corus purchased the network in 2013.[25]

The British version launched in November, 1995 and arrived in Ireland on November 1, 1999. It is a joint venture between A+E Networks and British Sky Broadcasting.

The German version launched on November 14, 2004 and is operated by The History Channel Germany GmbH & Co. KG, a joint venture between A+E Networks and NBC Universal Global Networks Germany.

The Dutch version has launched on May 1, 2007. This version is distributed by Chello Benelux (a subdivision of Chellomedia).[26] In January 2008, History HD was launched in the Netherlands.[27] It is available on cable providers UPC Netherlands, Telenet and Ziggo. It is also available on IPTV service KPN.

A Polish version was launched on April 9, 2008. It is available on cable providers Aster, Dialog, Toya, and UPC Polska and also through satellite television (with its HD version carried on the n platform since June 1, 2012) and an SD version on Cyfra+ since November 2, 2009).

A Scandinavian version was first launched in September 1997, broadcasting for three and later four hours a day on the analogue Viasat platform. Initially time-sharing with TV1000 Cinema, it was later moved to the Swedish TV8 channel and continued broadcasting there until November 2004. When History channel announced their own 24-hour pan-European channel, Viasat launched their own history-oriented channel, Viasat History, in the Nordic region, however with no original programming. On February 1, 2007, the History Channel returned to Sweden and also Denmark, Norway, Finland when the pan-European version was launched as a standalone channel on the Canal Digital satellite platform and later through cable operator Com hem. In 2008 history was also launched as An HD channel.

The History Channel started its operations in India in late 2003 with 21st Century Fox's STAR TV as its sales partner, managed by National Geographic until November 21, 2008.[28] The History Channel India closed down on November 21, 2008. In 2011, History was granted permission to relaunch services in India. A joint venture of A&E Networks and TV18 relaunched History TV 18 in India in 8 languages in 2014.[29] A joint venture of AETN and Astro All Asia Networks launched the History Channel in Singapore, Hong Kong, Thailand, the Philippines, Malaysia, Indonesia, Vietnam and Brunei in the second and third quarters of 2007 and in Taiwan and China by the end of the year.[30] Some other Asian countries, such as Kuwait, Israel and Japan, have their own versions of the network. On September 1, 2008, History Channel Asia was officially launched in Singapore and Hong Kong followed by South Korea and the Philippines.[31][32][33]

The History channel is part of the DSTV satellite TV package provided by MultiChoice.[34]