Institute of Electrical and Electronics Engineers

"IEEE" redirects here. It is not to be confused with IEE.

The Institute of Electrical and Electronics Engineers (IEEE, pronounced "I triple E")[2] is a professional association with its corporate office in New York City and its operations center in Piscataway, New Jersey. It was formed in 1963 from the amalgamation of the American Institute of Electrical Engineers and the Institute of Radio Engineers. Today, it is the world's largest association of technical professionals with more than 400,000 members in chapters around the world. Its objectives are the educational and technical advancement of electrical and electronic engineering, telecommunications, computer engineering and allied disciplines.

IEEE stands for the "Institute of Electrical and Electronics Engineers". The association is chartered under this full legal name. IEEE's membership has long been composed of engineers and scientists. Allied professionals who are members include computer scientists, software developers, information technology professionals, physicists, and medical doctors, in addition to IEEE's electrical and electronics engineering core. For this reason the organization no longer goes by the full name, except on legal business documents, and is referred to simply as IEEE.

The IEEE is dedicated to advancing technological innovation and excellence. It has about 430,000 members in about 160 countries, slightly less than half of whom reside in the United States.[3][4] 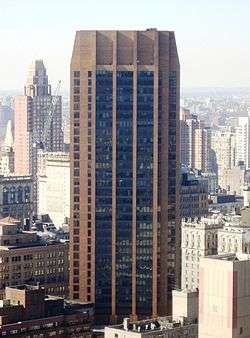 The major interests of the AIEE were wire communications (telegraphy and telephony) and light and power systems. The IRE concerned mostly radio engineering, and was formed from two smaller organizations, the Society of Wireless and Telegraph Engineers and the Wireless Institute. With the rise of electronics in the 1930s, electronics engineers usually became members of the IRE, but the applications of electron tube technology became so extensive that the technical boundaries differentiating the IRE and the AIEE became difficult to distinguish. After World War II, the two organizations became increasingly competitive, and in 1961, the leadership of both the IRE and the AIEE resolved to consolidate the two organizations. The two organizations formally merged as the IEEE on January 1, 1963.

According to IEEE’s official website,[5] their “…core purpose is to foster technological innovation and excellence for the benefit of humanity.”

Their vision is to become essential to the technological community that exists throughout the world. They want their members to be the ones to revolutionize technology and improve global conditions. IEEE’s core values include trust, growth and nurturing, global community building, partnership, service to humanity, and integrity in action.

The IEEE is incorporated under the Not-for-Profit Corporation Law of the state of New York.[6] It was formed in 1963 by the merger of the Institute of Radio Engineers (IRE, founded 1912) and the American Institute of Electrical Engineers (AIEE, founded 1884).

The IEEE serves as a major publisher of scientific journals and organizer of conferences, workshops, and symposia (many of which have associated published proceedings). It is also a leading standards development organization for the development of industrial standards (having developed over 900 active industry technical standards) in a broad range of disciplines, including electric power and energy, biomedical technology and healthcare, information technology, information assurance, telecommunications, consumer electronics, transportation, aerospace, and nanotechnology. IEEE develops and participates in educational activities such as accreditation of electrical engineering programs in institutes of higher learning. The IEEE logo is a diamond-shaped design which illustrates the right hand grip rule embedded in Benjamin Franklin's kite, and it was created at the time of the 1963 merger.[7]

IEEE has a dual complementary regional and technical structure – with organizational units based on geography (e.g., the IEEE Philadelphia Section, the IEEE Buenaventura Section, IEEE South Africa Section ) and technical focus (e.g., the IEEE Computer Society). It manages a separate organizational unit (IEEE-USA) which recommends policies and implements programs specifically intended to benefit the members, the profession and the public in the United States.

The IEEE Standards Association is in charge of the standardization activities of the IEEE.

The IEEE History Center became a feeder organization to the Engineering and Technology History Wiki (ETHW) in 2015. The new ETHW is a cooperative effort by various engineering societies as a formal repository of topic articles, oral histories, first-hand histories, Landmarks + Milestones and archival documents. The IEEE History Center is annexed to Stevens University Hoboken, NJ.

In 2016, the IEEE acquired GlobalSpec, adding the provision of engineering data for a profit to its organizational portfolio.[8]

IEEE’s 2016 President-Elect is Karen Bartleson. She has over thirty-five years of experience in the semiconductor industry and retired as Senior Director of Corporate Programs and Initiatives at Synopsys, a company that specializes in electronic design automation. Bartleson was President of the IEEE Standards Association in 2013 and 2014 where she led the development of a new strategic plan, among other projects.

IEEE produces over 30% of the world's literature in the electrical and electronics engineering and computer science fields, publishing well over 100 peer-reviewed journals.[9]

The published content in these journals as well as the content from several hundred annual conferences sponsored by the IEEE are available in the IEEE online digital library, IEEE Xplore, for subscription-based access and individual publication purchases.[10]

In addition to journals and conference proceedings, the IEEE also publishes tutorials and the standards that are produced by its standardization committees.

The IEEE provides learning opportunities within the engineering sciences, research, and technology. The goal of the IEEE education programs is to ensure the growth of skill and knowledge in the electricity-related technical professions and to foster individual commitment to continuing education among IEEE members, the engineering and scientific communities, and the general public.

IEEE eLearning Library is a collection of online educational courses designed for self-paced learning. Education Partners, exclusive for IEEE members, offers on-line degree programs, certifications and courses at a 10% discount. The Standards in Education website explains what standards are and the importance of developing and using them. The site includes tutorial modules and case illustrations to introduce the history of standards, the basic terminology, their applications and impact on products, as well as news related to standards, book reviews and links to other sites that contain information on standards. Currently, twenty-nine states in the United States require Professional Development Hours (PDH) to maintain a Professional Engineering license, encouraging engineers to seek Continuing Education Units (CEUs) for their participation in continuing education programs. CEUs readily translate into Professional Development Hours (PDHs), with 1 CEU being equivalent to 10 PDHs. Countries outside the United States, such as South Africa, similarly require continuing professional development (CPD) credits, and it is anticipated that IEEE Expert Now courses will feature in the CPD listing for South Africa.

IEEE also sponsors a website[15] designed to help young people better understand engineering, and how an engineering career can be made part of their future. Students of age 8–18, parents, and teachers can explore the site to prepare for an engineering career, ask experts engineering-related questions, play interactive games, explore curriculum links, and review lesson plans. This website also allows students to search for accredited engineering degree programs in Canada and the United States; visitors are able to search by state/province/territory, country, degree field, tuition ranges, room and board ranges, size of student body, and location (rural, suburban, or urban).

Through the Student Activities Committee, IEEE facilitates partnership between student activities and all other IEEE entities.[16]

The Institute of Electrical and Electronics Engineers sponsors more than 1,600 annual conferences and meetings worldwide. IEEE is also highly involved in the technical program development of numerous events including trade events, training workshops, job fairs, and other programs.[17]

IEEE is one of the leading standards-making organizations in the world. IEEE performs its standards making and maintaining functions through the IEEE Standards Association (IEEE-SA). IEEE standards affect a wide range of industries including: power and energy, biomedical and healthcare, Information Technology (IT), telecommunications, transportation, nanotechnology, information assurance, and many more. In 2013, IEEE had over 900 active standards, with over 500 standards under development. One of the more notable IEEE standards is the IEEE 802 LAN/MAN group of standards which includes the IEEE 802.3 Ethernet standard and the IEEE 802.11 Wireless Networking standard.

Most IEEE members are electrical and electronics engineers, but the organization's wide scope of interests has attracted people in other disciplines as well (e.g., computer science, software engineering, mechanical engineering, civil engineering, biology, physics, and mathematics).

An individual can join the IEEE as a student member, professional member, or associate member. In order to qualify for membership, the individual must fulfill certain academic or professional criteria and abide to the code of ethics and bylaws of the organization. There are several categories and levels of IEEE membership and affiliation:

Through its awards program, the IEEE recognizes contributions that advance the fields of interest to the IEEE. For nearly a century, the IEEE Awards Program has paid tribute to technical professionals whose exceptional achievements and outstanding contributions have made a lasting impact on technology, society and the engineering profession.

Funds for the awards program, other than those provided by corporate sponsors for some awards, are administered by the IEEE Foundation.

IEEE offers many student awards, competitions, and other opportunities to get actively involved.

Various technical areas are addressed by IEEE's 39 societies, each one focused on a certain knowledge area. They provide specialized publications, conferences, business networking and sometimes other services.[20][21]

Initially, the IEEE Foundation's role was to accept and administer donations for the IEEE Awards program, but donations increased beyond what was necessary for this purpose, and the scope was broadened. In addition to soliciting and administering unrestricted funds, the foundation also administers donor-designated funds supporting particular educational, humanitarian, historical preservation, and peer recognition programs of the IEEE.[23] As of the end of 2014, the foundation's total assets were nearly $45 million, split equally between unrestricted and donor-designated funds.[24]