Following Joe Roth's appearance in the 1977 game (despite suffering from cancer), the MVP would be awarded the Joe Roth Memorial Award.[2] The trophy features Roth's helmet on top of the trophy. The first winner was Jimmy Cefalo of Penn State in 1978. 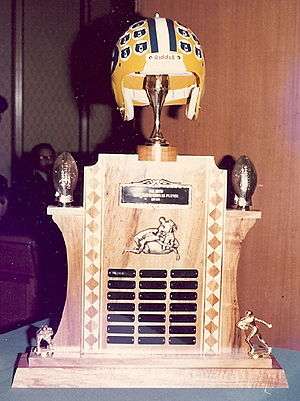