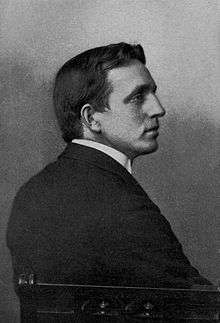 Born in Stony Point, Kentucky, to John William Fox, Sr., and Minerva Worth Carr, Fox studied English at Harvard University. He graduated in 1883 before becoming a reporter in New York City. After working for both New York Times and the New York Sun, he published a successful serialization of his first novel, A Mountain Europa, in Century magazine in 1892. Two moderately successful short story collections followed, as well as his first conventional novel, The Kentuckians in 1898. Fox gained a following as a war correspondent, working for Harper's Weekly in Cuba during the Spanish–American War of 1898, where he served with the "Rough Riders." Six years later he traveled to Asia to report on the Russo-Japanese War for Scribner's magazine.

Though he occasionally wrote for periodicals, after 1904, Fox dedicated much of his attention to fiction. The Little Shepherd of Kingdom Come (published in 1903) and The Trail of the Lonesome Pine (published in 1908) are arguably his most well known and successful works, entering the New York Times top ten list of bestselling novels for 1903, 1904, 1908, and 1909 respectively. In The Trail of the Lonesome Pine, the character Devil Judd Tolliver was based on the real life of "Devil John" Wesley Wright,[1] the sheriff of Wise County, Virginia.[2] Many of his works reflected the naturalist style, his childhood in Kentucky's Bluegrass region, and his life among the coal miners of Big Stone Gap, Virginia. Many of his novels were historical romances or period dramas set in that region.

John Fox Jr. died in 1919 of pneumonia in Big Stone Gap, Virginia, and was buried in the family plot in Paris, Kentucky. His marriage to Austrian opera singer Fritzi Scheff in 1908 lasted just over four years. He had no children.

The John Fox, Jr. House in Big Stone Gap was turned into a museum after the death of John's sister in 1970.[3] It was listed on the National Register of Historic Places in 1974.[4]