John Purdell (July 8, 1959 – July 10, 2003) was a musician and one of rock music's top record producers who is credited on such albums as Ozzy Osbourne's No More Tears (1991) and Dream Theater's Awake (1994). He was born in San Diego and raised in Los Angeles. His father John Purdell (senior) (British) and mother Arrie Purdell (American) were both captains in the Salvation Army. He graduated from Verdugo Hills High School in Tujunga, California in 1977.

Aside from being the producer of a number of acclaimed albums from such artists as Ozzy Osbourne, Abandon Shame, Poison, L.A. Guns, Dream Theater, Kix, Alice Cooper, Cinderella, Tangier, Heart, Ted Nugent and Demolition Pit, he toured over the years as keyboard player and singer for artist like Rick Springfield, Quiet Riot, the Lou Gramm Band, Cinderella and Foreigner. Purdell, who was splitting his time between the studio and the road at the time of his death, produced Ozzy Osbourne's best-selling album No More Tears (1991), where John co-wrote the title song, and he also penned the lyrics to three songs on Osbourne's album Ozzmosis (1995).

In 1997, Purdell founded the production company Three Wishes Inc with broadcasting executive Bill Flowers and Korean superstar Honey. The three worked with and produced some of rocks top bands. Purdell and Flowers also formed the independent record label Jackal Records in Los Angeles along with famed Capitol Records executive Frenchy Gautier, who was responsible for artists like David Bowie and Jimmy McKeever, a mastering engineer at Bernie Grundman Mastering Studio in Hollywood. McKeever mastered for Michael Jackson. The first release on the Jackal label was John Purdell's Hindsight. The first song released on Purdell's album was "Better Way to Die", which made it to the top of the adult contemporary charts. 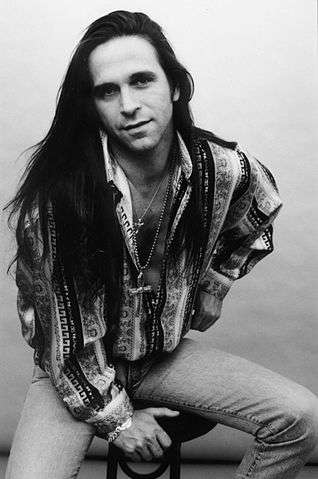 While on tour with Foreigner lead singer Lou Gramm, John had to be rushed to a hospital before a show in Quebec City, Canada. He had been diagnosed with prostate cancer a few months before and was flying home to Las Vegas for treatments twice weekly, but what doctor didn't know was that the cancer had spread throughout his body. John died 2 days after his 44th birthday. His wife Eun Joo Purdell, his father John Purdell, Sr, his business partner Bill Flowers and friend Chris Burroughs were by his side when he died in Quebec City. His ashes were spread over Niagara Falls, where he planned to vacation after the tour.