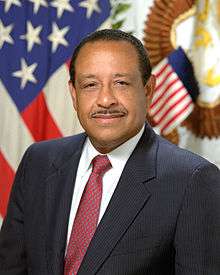 John W. Shannon was born in Louisville, Kentucky on September 13, 1933. He was educated at Central State University, graduating with a B.S. in 1955.

After college, Shannon was commissioned as a Second Lieutenant in the Infantry of the United States Army. In the Army, he served as a commander and staff officer. During the Vietnam War, he served two tours of duty in South Vietnam as a military advisor and battalion commander. From 1972 to 1974, he served as a congressional liaison officer in the Office of the Secretary of the Army. He received an M.S. from Shippensburg State College in 1975. He retired from the United States Army in 1978, having attained the rank of Colonel.

Upon leaving the Army, Shannon became Special Assistant for Manpower, Reserve Affairs and Logistics to the Assistant Secretary of Defense for Legislative Affairs. From June 1981 to December 1984, he was Deputy Under Secretary of the Army.

In 1984, President of the United States Ronald Reagan nominated Shannon as Assistant Secretary of the Army (Installations and Logistics) and he subsequently held this office from December 7, 1984 to 13 August 1989.

In 1989, President George H. W. Bush nominated Shannon as United States Under Secretary of the Army and he subsequently held this office from August 14, 1989 until November 23, 1993.[1] He was Acting United States Secretary of the Army from January 20, 1993 until August 26, 1993. On that date, Shannon was arrested outside the Ft. Myer post exchange in Arlington, Va. after store detectives saw him put items worth about $30 into a shopping bag and leave the store without paying. Shannon was placed on administrative leave, and never returned to his position.[2]

The charges against Shannon were dismissed after he agreed to attend a shoplifting prevention program and perform community service. He was subsequently hired as a month-to-month contracted consultant by the Deputy Undersecretary of Defense for Logistics to study inventories and advise the military on which parts and supplies to keep on hand in what quantities.[3] He completed his study and ended his contract in early 1994.[4]