Baron Louis Gerard De Geer of Finspång (18 July 1818 – 24 September 1896) was a Swedish statesman and writer. De Geer was born at Finspång Castle in Risinge parish. He was a lawyer, and in 1855 became president of the Göta hovrätt, or lord justice for the appellate court of Götaland. From 7 April 1858 to 3 June 1870 he was Prime Minister for Justice and again from 11 May 1875 to 20 March 1876. As a member of the nobility he took part in the Swedish Riksdag of the Estates from 1851 onwards. From 1867 to 1878 he was the member for Stockholm in the first chamber in the New Riksdag, and introduced and passed many useful reforms.

Architect of the New Riksdag

His greatest political achievement was the reform of the Swedish representative system. The reforms introduced a bi-cameral elected Riksdag replacing the existing cumbersome and less democratic Riksdag of the Estates, a hangover from the later Medieval Times. This measure was accepted by the Riksdag in December 1865, and received the royal sanction on 22 June 1866. For some time after this De Geer enjoyed considerable popularity. He retired from the ministry in 1870, but took office again, as Prime Minister of Justice in 1875.

Besides several novels and aesthetic essays, De Geer has written a few political memoirs of supreme merit both as to style and matter, the most notable of which are Minnesteckning öfver A. J. v. Höpken (Stockholm, 1881); Minnesteckning öfver Hans Järta (Stockholm, 1874); Minnesteckning öfver B. B. von Platen (Stockholm, 1886); and his own Minnen (Stockholm, 1892), an autobiography, invaluable as a historical document, in which the political experience and the matured judgments of a lifetime are recorded with singular clearness, sobriety and charm. For example, his explanation of why he, at such a young age, was appointed Prime Minister of Justice, was that in the narrow circles of Swedish nobility at the time, it was difficult to find anyone with at least the mediocre intelligence which was needed for the office.

His son Louis De Geer was also prime minister of Sweden for a short period. 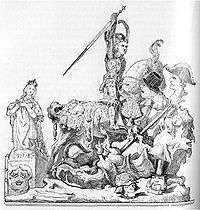