"Per Hansson" redirects here. For the journalist, see Per Hansson (journalist).

Per Albin Hansson (28 October 1885 – 6 October 1946), was a Swedish politician, chairman of the Social Democrats from 1925 and two-time Prime Minister in four governments between 1932 and 1946,[1] governing all that period save for a short-lived crisis in the summer of 1936, which he ended by forming a coalition government with his main adversary, Axel Pehrsson-Bramstorp. During World War II, in which Sweden maintained a policy of neutrality, he presided over a government of unity that included all major parties in the Riksdag. Forging the Social Democratic grip on Swedish politics that would last throughout the century, Hansson left an astounding legacy on his party as well as creating the "Swedish model" that remains largely intact to date, including a strict policy of neutrality, a wide-stretching welfare state through parliamentary legislation, and reformist social corporatism rather than Marxist nationalization of the means of production. Following the war, Hansson formed a Social Democratic cabinet enjoying absolute majority in the Riksdag before succumbing to a heart attack on his way home from work late at night on 6 October 1946.

During Hansson's fourteen years as Prime Minister of Sweden, a wide range of reforms were realised, such as subsidised dental care,[2] income-tested child allowances for invalidity pensioners and widows, maternity allowances through voluntary sickness insurance, and a 1935 law that introduced state subsidies for the construction of apartment houses for families with three of more children, combined with housing allowances for families with more than two children living in these houses.[3] 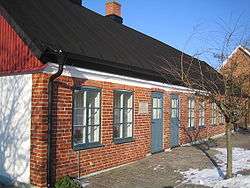 The birthplace of Per Albin Hansson

Per Albin Hansson was born in Kulladal, a neighborhood in Malmö, Sweden on 28 October 1885.

One of the first professional politicians of Sweden, Hansson participated in the creation of the Swedish Social Democratic Youth in 1903 and presided over it as its chairman in 1908–09, a period in which universal suffrage and proportional representation was gradually to be enacted for all Swedish males by Conservative Prime Minister Arvid Lindman, later a rival of Hansson. Influenced generally by Karl Kautsky's reformist views on socialism, Hansson succeeded Hjalmar Branting as editor of Social-Demokraten in 1917 and was appointed his Minister of Defence in Sweden's first Social Democratic cabinet in 1920, following a Liberal-Social Democratic coalition enacting equal suffrage for men and women (in effect as of the 1921 election). Per Albin Hansson held this office in all of Branting's three cabinets between 1920 and 1925 (years which saw eight governments), performing numerous cut-backs on the military budget. Upon Branting's death in 1925, Per Albin Hansson rose to be embraced as chairman of the party. His legitimacy remained under dispute, however, and only in 1927 did he become the head of the Riksdag faction, before confirmed undisputedly as Branting's successor in a 1928 congress.

Upon losing power to Carl Gustaf Ekman's pro-prohibition Liberals in 1926, Hansson worked from the opposition bench and, although heading what was to remain the largest party of the Riksdag to date, faced a major setback upon cooperating with the Communists in the infamous election of 1928. The Social Democratic Party was not to run along with the Communists (since 1995 the Left Party) until the 2010 election. In opposition to the Conservative – though equally pragmatic and staunchly anti-Nazi – Lindman cabinet, Hansson pressed for the introduction of a welfare state rather than wide-scale nationalizations, coining his vision Folkhemmet ("the People's Home") in a Riksdag debate in 1928.

Following the fall of Ekman in 1932 due to a corruption scandal involving late industrialist Ivar Kreuger, the Social Democrats made gains to possess 104 seats and 41,7% of the electorate. Though not facing a majority, the inability of the Liberal parties (themselves unable to form a single faction until 1934), the Conservatives and Agrarians to form a majority government pressed for a minority government led by Hansson, expecting support from the Farmers' League through an agriculture policy favoring the interests of the League (kohandeln), although stopping short of inviting it into the cabinet.

In June 1936, the uneasy majority enforced Hansson's resignation, leaving League chairman Axel Pehrsson-Bramstorp to form a three-month "Holiday Cabinet" until the elections in September, which saw a rise in support of the Social Democrats. Following further negotiations, Hansson formed a proper coalition government with Pehrsson-Brahmstorp as Minister of Agriculture that enjoyed a robust majority and would last until 1939.

Following the German-Soviet invasion of Poland in 1939, Hansson declared strict neutrality and called for the formation of a broad coalition government involving all major parties under his leadership, which was realized in December except only the pro-Stalinist Communist Party and its short-lived pro-Nazi splinter faction, the Socialist Party, much to the delight of the remainder parties.[4] Alone in Europe save for Spain, Portugal, Switzerland, Ireland and the Vatican, Sweden maintained neutrality throughout all World War II, but like the mentioned countries, cooperated and traded with both sides. Winston Churchill claimed that Sweden during World War II ignored the greater moral issues and played both sides for profit, a criticism mimicked in criticism towards Sweden's policy towards the German occupation of Denmark and Norway upheld partly by transportation reinforcement through Swedish territory, sanctioned by Hansson's cabinet.[5]

The German invasion of the Soviet Union on 22 June 1941, Operation Barbarossa sparked an ultimatum known as the Midsommarkrisen by the government of Nazi Germany to Hansson's cabinet, demanding some military concessions, including German troop transports on Swedish railways in order to support Germany's ally Finland. Political deliberations surrounding this ultimatum have been dubbed the "midsummer crisis", which ultimately, allegedly following King Gustav V's decision to resign should the concessions not be made, fell out in favor of the Axis. The 83-year-old king formally (although having not directly intervened in the government's policies since 1914) had the powers to appoint his own cabinet, and his open intervention in the issue was seen as a threat to the stability of the government and, given the ongoing war, to the sovereignty of the nation.

Recent research by Carl-Gustaf Scott argues however that there never was a "crisis" and that "the crisis was created in historical hindsight in order to protect the political legacy of the Social Democratic Party and its leader Per Albin Hansson." [6]

To get the steel required by the German Ruhr industry, Germany was, in 1939–1940, dependent on shipments of Swedish iron ore, since access to the supplies from the mines in France, the traditional supplier, were cut off until the invasion of France. In 1939–1940 the Allies tried various ways to stop the shipments of Swedish ore, for example by mining Norwegian territorial waters. Also, payments from the Allies reached in an agreement to stop the sale of steel to Nazi Germany, which was broken, and the Germans were charged extortionate 'smugglers rates' for the steel.

A downed stray V2 rocket was also sold to the Allies in 1942, passing details of advanced Nazi rocket engineering over. In effect, the main political priority was to avoid direct war engagement of Sweden during World War II. Following Germany's setbacks around 1942–43, Sweden was no longer seriously threatened by invasion from the Third Reich and subsequently rolled back most of its concessions.

Following the surrender of Germany, Hansson pushed forwards his will to maintain a Social Democratic-led coalition government of all non-Communist parties, but failed to realize the idea due to strong opposition within his party in favor of a radical reformist agenda following the war. Having dislodged his early revolutionary and strictly anti-militarist views in favor of social corporatism, class collaboration and a reformist agenda involving few nationalizations but stable armed forces in order to secure neutrality, Hansson reluctantly agreed to a single-party government but dropped dead from a heart attack in Stockholm on 6 October 1946 while stepping off a tram at the Ålstens Gård station. He was, somewhat unexpectedly, succeeded as party chairman and Prime Minister by Minister of Education Tage Erlander, who consecutively held both offices until 1969, completing most of Hansson's legacy. Per Albin Hansson, seen often as the most successful Prime Minister in Swedish history, is interred in Norra Begravningsplatsen in Stockholm.

In the Swedish television movie, Four Days that shook Sweden – The Midsummer Crisis 1941 , from 1988, he is played by Swedish character actor Ernst-Hugo Järegård .