Prince Mahidol was the 69th child of King Chulalongkorn and the 7th of Queen Savang Vadhana. His mother also adopted four other princes whose commoner mothers (Chao Chom Manda) had died; among them was Prince Rangsit Prayulsak, later Prince of Chainat, who became a very close friend of Prince Mahidol during his childhood. Later in their lives, Prince Rangsit would play a pivotal role in Mahidol's career, and would later be appointed regent to one of Mahidol's sons, Bhumibol.

Like the other sons of King Chulalongkorn, Prince Mahidol started his education at the Royal School within the Grand Palace. He received the title of Prince of Songkla at age 13.

He was sent to London in 1905, and after spending a year and a half in Harrow School, he moved to Germany to join the Royal Prussian Military Preparatory College at Potsdam according to the wish of his father, then continued his military education at the Imperial Military Academy at Gross Lichterfelde in Berlin. Following the wish of his half-brother, King Vajiravudh, he then entered the Imperial German Naval Academy at Flensburg-Mürwik. While there, he won a competition in submarine design. He was commissioned Lieutenant in both the Imperial German Navy and the Royal Thai Navy in 1912.

The Prince had to come back to Thailand in 1914 as the World War I had started, and was assigned to a teaching post at the Royal Naval Academy. He continued his interest in smaller vessels including submarines and torpedo boats, this later led to a conflict in a meeting where he was overruled by senior naval officers, most of whom were British graduates and preferred larger vessels. The Prince, feeling that his expertise would never be used, resigned just 9 months after joining the Navy. 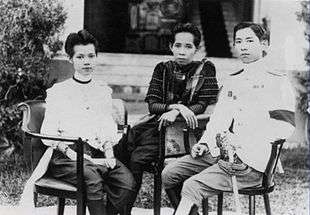 His half-brother and old friend Prince Rangsit then came into play. He was then the Chief of the Royal Medical College. Medical and public health education did not receive much attention at that time, and medical practice was much lagged behind the Western standard. The Medical College and its hospital, Siriraj, was small, crowded, underfunded, understaffed and ill-equipped.

Prince Rangsit, himself a lesser-class prince (as his mother was a commoner), thought that to have someone of high prestige like Prince Mahidol (who was a first-class prince as he was born to a mother who was also a daughter of a king) supporting the movement to improve medical practice and public health in Thailand would generate more interest and probably more fundings. He strategically invited Prince Mahidol to a boat trip along the Bangkok Yai and Bangkok Noi canals. His office, Siriraj Hospital, was certainly on the route, and this was where he invited his half-brother to stop and have a look around. Having seen Mahidol's reaction to the poor state of the hospital, Prince Rangsit asked him if he wanted to help; Mahidol's answer at that time was, however, not very positive as he was concerned that he knew nothing about medicine. However, a few days elapsed and he agreed. He also decided he would study in the related fields himself.

Thus the Prince went to Cambridge, Massachusetts to study public health at Harvard. He also asked Prince Rangsit to select four students to be sent to the U.S.: two medical students who would be funded by Mahidol himself and two nursing students who would be funded by his mother, Queen Savang Vadhana. It was said that the Prince went to the train station to greet the students himself. This was when an unintended sequel of Prince Rangsit's scheme occurred: one of the nursing student that arrived was an 18-year-old Miss Sangwal Talabhat, future wife of Prince Mahidol and mother of two future kings of Thailand. Mahidol diligently looked after his students, and thus became close to Miss Talabhat, who then accompanied him back to Thailand three years later to attend the funeral of Queen Saovabha. While there, they married under the royal blessing of his half-brother King Vajiravudh at Sapathum Palace before returning to Harvard. He received his Certificate in Public Health on the following year (1921).

After his study, he went to Edinburgh for a break, but was also asked to represent the Thai government in liaising with the Rockefeller Foundation which was offering monetary and technical help to improve Thailand's medical and public health education. His first child, Princess Galyani Vadhana, was born in London in 1923. He returned to Thailand in the same year to take the position of Director-General of the University Department in the Ministry of Education. Apart from his administrative duties, he also taught pre-clinical medical students at the Royal Medical College.

One of the first things he did when he returned was to set up scholarships for students in the fields of medicine, nursing, and public health. He was planning to return to Siriraj Hospital for internship. However, his princely status then became a problem as it was felt that he was too prestigious to be allowed internship. Undeterred, Mahidol chose another hospital in a more egalitarian environment – the missionary-run McCormick Hospital in Chiang Mai. He worked there, day and night, as a resident doctor. His patients fondly called him "Mho Chao Fa" ('Doctor Prince'). 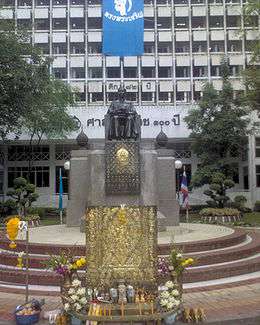 Before long, complications with his kidney resurfaced. Three weeks after he started working, he visited Bangkok to attend a funeral of his uncle, and was never able to return to Chiang Mai. It appeared that he also suffered from liver abscess, and his health continually deteriorated. Prince Mahidol died on 24 September 1929 at Sapathum Palace.

His legacies remain to this day. The students sent abroad under his scholarships became key players in the modern medicine of Thailand: many were regarded as great teachers, and some helped establish new medical schools and universities. The Royal Medical School later became the Faculty of Medicine Siriraj Hospital. It was a key faculty of the Medical University when it was founded in 1943. In 1969 the Medical University was granted the Prince's name by royal decree and became Mahidol University and Prince of Songkla University.

In commemoration of the centenary of the Prince's birth, the Prince Mahidol Award was created in 1992. This is an international award in the fields of medicine, public health, and social services. The anniversary of his passing is observed as Mahidol Day