Harrow School /ˈhæroʊ/[2] is an independent boarding school for boys in Harrow, London, England.[3] There is some evidence that there has been a school on the site since 1243, but the Harrow School of today was founded in 1572 by John Lyon under a Royal Charter of Elizabeth I.[4] Harrow is one of the original nine public schools that were regulated by the Public Schools Act 1868. For the academic year 2015/16, Harrow charges boarders up to £12,050 per term, being the fifth most expensive boarding school in the Headmasters' and Headmistresses' Conference.[5]

The school has an enrolment of 805 boys[6] spread across twelve boarding houses,[7] all of whom board full-time. It remains one of the four all-boys, full-boarding schools in Britain, the others being Eton College, Radley College and Winchester College. Harrow's uniform includes straw hats, morning suits, top hats and canes. Its alumni include eight former British or Indian Prime Ministers (including Peel, Palmerston, Baldwin, Churchill and Nehru), foreign statesmen, former and current members of both houses of the U.K. Parliament, three Kings and several other members of various royal families, twenty Victoria Cross and one George Cross holders, and many figures in the Arts and the Sciences.

The school in its current form was founded in February 1572 under a Royal Charter granted by Queen Elizabeth I to John Lyon, a wealthy local farmer.[8] In the original charter, six governors were named, including two members of the Gerard family of Flambards, and two members of the Page family of Wembley and Sudbury Court.[9] It was only after the death of Lyon's wife in 1608 that the construction of the first school building began. It was completed in 1615 and remains to this day, however it is now much larger.

Lyon died in 1592, leaving his assets to two causes: the lesser was the School, and by far the greater beneficiary was the maintenance of a road to London, 10 miles (16 km) away. The school owned and maintained this road for many years following Lyon's death, and the whole school still runs along this 10-mile road in an event called "Long Ducker" every November. At first the primary subject taught was Latin, and the only sport was archery. Both subjects were compulsory; archery was dropped in 1771.[10] Although most boys were taught for free, their tuition paid for by Lyon's endowment, there were a number of fee-paying "foreigners" (boys from outside the parish). It was their presence that amplified the need for boarding facilities. By 1701 for every local there were two "foreign" pupils; these generated funds for the School as fees increased. By 1876 the ratio was so high that John Lyon Lower School was brought under the authority of the governors of the Upper School so that the School complied with its object of providing education for the boys of the parish. It is now known as The John Lyon School and is a prominent independent school. It maintains close links with Harrow.[8] The majority of the school's boarding houses were constructed in Victorian times, when the number of boys increased dramatically.[11] 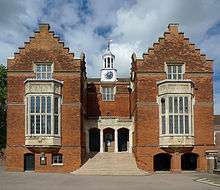 The 20th century saw the innovation of a central dining hall, the demolition of small houses and further modernisation of the curriculum. Presently there are about 800 boys boarding at Harrow.[6]

In 2005, the school was one of fifty of the country's leading independent schools which were found guilty of running an illegal price-fixing cartel, exposed by The Times, which had allowed them to drive up fees for thousands of parents, although the schools said that they had not realised that the change to the law (which had happened only a few months earlier) about the sharing of information had subsequently made it an offence.[12] Each school was required to pay a nominal penalty of £10,000 and all agreed to make ex-gratia payments totalling £3,000,000 into a trust designed to benefit pupils who attended the schools during the period in respect of which fee information was shared.[13] Jean Scott, the head of the Independent Schools Council, said that independent schools had always been exempt from anti-cartel rules applied to business, were following a long-established procedure in sharing the information with each other, and that they were unaware of the change to the law (on which they had not been consulted).[14]

Boys at Harrow have two uniforms.

Everyday dress, worn to most lessons, consists of a white shirt, black silk tie, light grey trousers, black shoes, an optional blue jumper (sweater), a dark blue woollen uniform jacket known as a "bluer", the option of the School blue and white scarf and dark blue woollen overcoat similar to the bluer on cold days and the Harrow Hat, often erroneously called a boater, made of varnished straw with a dark blue band. Variations include boys who are monitors who are allowed to wear a jumper of their choice, and members of certain societies who may earn the right to replace the standard school tie with one of a variety of scarves, cravats, neck and bow ties.[16]

The Harrow uniform achieved notoriety in the mid-20th century when a 1937 photograph of two Harrovians in Sunday Dress being watched by three working class boys was taken outside Lord's Cricket Ground. The photograph was placed on the front cover of the News Chronicle (now absorbed into the Daily Mail) the next morning under the tagline "Every picture tells a story". The picture was soon reproduced in other national publications and became, and remains, one of the most popular symbols of the class divide in the United Kingdom.[17]

Harrow has been instrumental in the development of a number of sports.

The sport squash (originally called 'Squasher') was invented in Harrow out of the older game rackets around 1830[18][19][20] before the game spread to other schools, eventually becoming an international sport.

An annual cricket match has taken place between Harrow and Eton College at Lord's Cricket Ground since 1805. It is considered to be the longest-running cricket fixture in the world[21] and is the oldest fixture at Lord's (see: Eton v Harrow). Eton won the match in 2013, and Harrow in 2014.

Harrow has its own unique style of football called Harrow Football.[22] 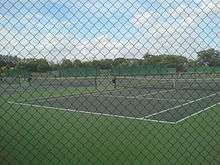 Harrow School has 24 tennis courts which include acrylic, hard and synthetic lawn which belong to Harrow Lawn Tennis Club (HLTC)

Harrow School divides its pupils, who are all boarders, into twelve Houses, each of about seventy boys, with a thirteenth house, Gayton, used as an overflow. Each House has its own facilities, customs and traditions, and each competes in sporting events against the others.

Until the 1950s there existed what were known as 'small houses' where only 5–10 boys stayed at one time while they waited for a space in a large house to become available (hence the use of the term large house in this article). A twelfth large house, Lyon's, was built in 2010.[7]

Each House has a resident matron, and sick room. The matrons are supported by the School's Medical Centre where trained nursing staff offer round the clock care. The medical centre is under the direct supervision of the school doctor who is available on the Hill every day for consultation.[7]

There are no dormitories: a boy shares his room for the first three to six terms and thereafter has a room to himself.[7]

Harrow was featured in a Sky 1 documentary series entitled "Harrow: A very British School" in 2013.

In February 2016, the actor Laurence Fox claimed Harrow threatened legal action to prevent him discussing the racism, homophobia and bullying he allegedly encountered at the school.[24] 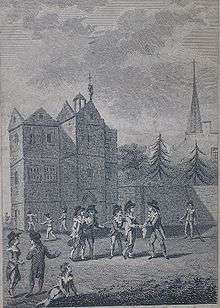 The original Old Schools, as they were in 1615 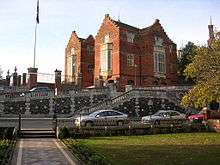 A modern view from the library to the Old Schools, one of the sets of the Harry Potter films 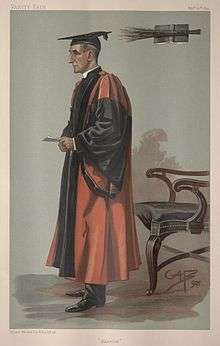 Harrow alumni are known as Old Harrovians, they include seven former British Prime Ministers including Winston Churchill and Robert Peel and the first Prime Minister of India, Jawaharlal Nehru. Twenty Old Harrovians have been awarded the Victoria Cross and one the George Cross.[25]

The School has educated three monarchs: Mukarram Jah the last Nizam of Hyderabad, King Hussein of Jordan and his cousin, Faisal II, the last King of Iraq, and has had amongst its pupils a number from the Thai, Indian, Malaysian and Middle Eastern royal families. Members of the British Royal Family have also attended the School.