The Max Planck Society for the Advancement of Science (German: Max-Planck-Gesellschaft zur Förderung der Wissenschaften e. V.; abbreviated MPG) is a formally independent non-governmental and non-profit association of German research institutes founded in 1911 as the Kaiser Wilhelm Society[1][3] and renamed the Max Planck Society in 1948 in honor of its former president, theoretical physicist Max Planck. The society is funded by the federal and state governments of Germany as well as other sources.[2][1]

According to its primary goal, the Max Planck Society supports fundamental research in the natural, life and social sciences, the arts and humanities in its 83 (as of January 2014)[2] Max Planck Institutes.[1][3] The society has a total staff of approximately 17,000 permanent employees, including 5,470 scientists, plus around 4,600 non-tenured scientists and guests.[2] Society budget for 2015 was about €1.7 billion.[2]

The Max Planck Society and its predecessor Kaiser Wilhelm Society hosted several renowned scientists in their fields, including luminaries such as Otto Hahn, Werner Heisenberg, and Albert Einstein.

The organization was established in 1911 as the Kaiser Wilhelm Society, or Kaiser-Wilhelm-Gesellschaft (KWG), a non-governmental research organisation named for the then German emperor. The KWG was one of the world's leading research organisations; its board of directors included scientists like Walther Bothe, Peter Debye, Albert Einstein, and Fritz Haber. In 1946, Otto Hahn assumed the position of President of KWG, and in 1948, the society was renamed the Max Planck Society (MPG) after its former President (1930–37) Max Planck, who died in 1947.

The Max Planck Society has a world-leading reputation as a science and technology research organization. In 2006, the Times Higher Education Supplement rankings[7] of non-university research institutions (based on international peer review by academics) placed the Max Planck Society as No.1 in the world for science research, and No.3 in technology research (behind AT&T Corporation and the Argonne National Laboratory in the United States).

The domain mpg.de attracted at least 1.7 million visitors annually by 2008 according to a Compete.com study.[8] 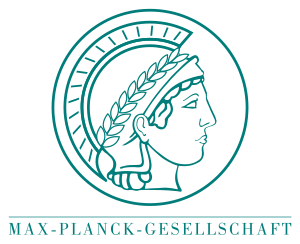 The society's logo features Minerva, the Roman goddess of wisdom.

Since 2004, the Max Planck Research Award is conferred annually to two internationally renowned scientists, one of whom works in Germany and one in another country.

Calls for nominations for the award are invited on an annually rotating basis in specific sub-areas of the natural sciences and engineering, the life sciences and the human and social sciences. The objective of the Max Planck Society and the Alexander von Humboldt Foundation in presenting this joint research award is to give added momentum to specialist fields that are either not yet established in Germany or that deserve to be expanded.[9]

List of presidents of the KWG and the MPG 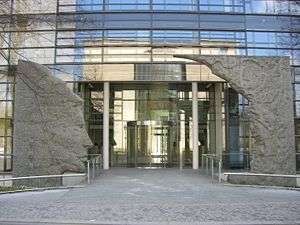 The Max Planck Society is formally an eingetragener Verein, a registered association with the institute directors as scientific members having equal voting rights.[10] The society has its registered seat in Berlin, while the administrative headquarters are located in Munich. In 2002 the cell biologist Peter Gruss became the MPG president; materials scientist Martin Stratmann has been President of the Max Planck Society since June 2014.[11]

Funding is provided predominantly from federal and state sources, but also from research and licence fees and donations. One of the larger donations was the castle Schloss Ringberg near Kreuth in Bavaria, which was pledged by Luitpold Emanuel in Bayern (Duke in Bavaria). It passed to the Society after the duke died in 1973, and is now used for conferences.

The research units are located across Europe. In 2007 the Society established its first non-European centre, with an institute on the Jupiter campus of Florida Atlantic University focusing on neuroscience.[13][14]

The Max Planck Institutes operate independently from, though in close cooperation with, the universities, and focus on innovative research which does not fit into the university structure due to their interdisciplinary or transdisciplinary nature or which require resources that cannot be met by the state universities.

Internally, Max Planck Institutes are organized into research departments headed by directors such that each MPI has several directors, a position roughly comparable to anything from full professor to department head at a university. Other core members include Junior and Senior Research Fellows.

In addition, there are several associated institutes:[12]

Together with the Association of Universities and other Education Institutions in Germany, the Max Planck Society established numerous International Max Planck Research Schools (IMPRS) to promote junior scientists:

In 2004 there was a controversy regarding the employment of foreign workers. It was charged that foreign Ph.D. students were offered contracts that were inferior to those offered to German students. The case was brought to the European Civil Court by Andrea Raccanelli and is documented on his website.[43] The court ruled that MPG must observe the principle of non-discrimination in relation to workers.[44] Recent developments on the issue include an article in the German newspaper Der Spiegel denouncing unfair working conditions,[45] the reply by the MPS supporting the working conditions offered to PhD students,[46] and a complaint in Parliament by the German left-wing party Die Linke.[47]