The two-year McIntire program offers undergraduate students B.S. degrees in Commerce with concentrations in Accounting, Finance, Information Technology, Management, and Marketing. Undergraduate students at UVA apply to gain admission during their 2nd year; upon acceptance, they enter the Commerce school in their 3rd year. Occasionally, some students apply during their 3rd year, and will enter upon their 4th year (thus spending a total of 5 years as undergraduate).

McIntire offers four graduate programs: Masters in Management of Information Technology, Masters in Accounting, Masters in Commerce, and a Masters in Global Commerce. 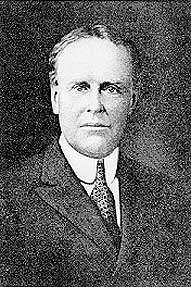 In 1920, the University of Virginia began offering students majoring in economics the opportunity to specialize in business administration. One year later a $200,000 donation from stockbroker, alumnus and Charlottesville philanthropist Paul Goodloe McIntire made the establishment of the McIntire School of Commerce and Business Administration possible.[1][2] Over the next three decades McIntire operated as a separate entity from the College of Arts and Sciences, but worked closely with the James Wilson School of Economics. In 1952, the University’s Board of Visitors approved the establishment of the McIntire School as a professional school to be administered as a separate unit of the University, distinct from the College.[3]

Monroe Hall was opened in 1930 and became the home for the McIntire School.

Back to the Lawn

The McIntire School has moved from its location in Monroe Hall to Rouss Hall. This migration, entitled "Back to the Lawn"[4] by the school, began in April 2005, and was completed in December 2007.[5] The move entailed an extensive expansion and renovation of Rouss Hall to fit the needs of the Commerce School. The 132,000-square-foot Robertson Hall adjoins historic Rouss Hall, creating a 156,000-square-foot academic complex on the Lawn. The major renovation of Rouss Hall and the construction of the adjoining Robertson Hall created a new academic complex to house the McIntire School of Commerce, and to fit the School's new and expanding needs. Some of the extensive renovations and expansions includes, among others, a state-of-the-art computer-trading center, computer labs, conference rooms, study lounges, student lounges, and meeting rooms.

Students apply for enrollment at McIntire during the spring of their second year. Students accepted into the program begin coursework in the fall of their third year. Once they begin, students are enrolled in a 12 credit, block-style class called the Integrated Core Experience (the "ICE Block"). Blocks are taught by a group of professors, each professor specializing in an aspect of business (marketing, finance, communications, strategy, systems, organizational behavior, and quantitative analysis). Professors conduct subject-based coursework on a rotating basis.

During the first semester at McIntire, students while in their ICE Blocks, are assigned to teams. Each team assumes the role of an analyst, and works on a semester-long project for one of four Fortune 500 companies (Alcoa, Rolls-Royce, AB InBev or CarMax). The team-based project requires students to advise senior management on a problem or objective the company is facing.

McIntire students can also choose to study in an area of specialty that spans across several disciplines, called a "track". Generally, students may select a track during the spring semester of the third year or the start of the fourth year. McIntire students may complete up to two tracks if course scheduling allows, but cannot complete three or more tracks. The tracks McIntire currently offers are in Business Analytics, Entrepreneurship, Global Commerce, Quantitative Finance, and Real Estate. Many of the required and elective courses offered for each track also overlap with the courses offered for certain concentrations, allowing students flexibility in choosing the right track to augment their learning experience.

M.S. in Management of Information Technology

The M.S. in MIT Program is based on a 30-credit-hour curriculum that integrates technical and business-related knowledge and skills. The program helps students understand how current and emerging technologies can best be applied to make their organizations more profitable, productive, and competitive. Featuring an executive format, the program allows working professionals from a wide range of industries and functional areas of expertise to remain on the job while completing their degree.

The one-year, 40-credit-hour M.S. in Commerce integrates foundational business skills, offers specialization in either Financial Services or Marketing & Management, and concludes with a month of global immersion.

McIntire’s M.S. in Accounting Program is a one-year, 30-credit-hour program that helps students sharpen the analytical and technical skills they need to excel in the field of accounting.

In 2009, McIntire was ranked number one nationally for undergraduate business schools by Bloomberg BusinessWeek.[6] Since 2011, the same magazine ranked McIntire second in the country, and has continued to praise the school's academics.[7][8][9]

In 2015 the M.S. program in Commerce was ranked 1st among one-year, pre-work-experience master’s in management programs by higher education research website Value Colleges. [11]