Morrison Academy (Chinese: 馬禮遜學校; Wade–Giles: Ma-li-hsün Hsüeh-hsiao; Hanyu Pinyin: Mălĭxùn Xuéxiào; literally: Morrison School) is an international Christian school in Taiwan with campuses in Taipei, Taichung, and Kaohsiung. It was established in 1952 to educate students in a distinctively Christian environment with a quality American education. Instruction is in English and is college preparatory in focus. Morrison Academy was founded in Taichung, where one of the campuses is located, but additional campuses are now located in Taipei (Morrison Academy Taipei) and Kaohsiung (Morrison Academy Kaohsiung). Satellite campuses have also existed island-wide throughout the years.

Established in 1952 to serve the needs of missionary kids, Morrison Academy has attracted a large number of business children. The Taichung campus is currently the largest international school in Taichung and the largest Christian school in the country of Taiwan. The school is recognized by Taiwan as an international school and is restricted from accepting Taiwanese who do not possess a foreign passport.

Graduates from Morrison Academy often attend North American colleges and universities. A wide range of countries is represented in the faculty and the student body. However, the teachers and the students primarily come from the United States and Canada.

The school states its vision mission as follows: "The vision of Morrison Academy is that every student will experience a quality, biblically-integrated education, so that each one will be equipped to impact the world dynamically for Christ.."

Jesus Christ is central to Morrison's Academy's values. Core Values are: To know the Truth, To pursue excellence in student learning, To educate the whole person, To fulfill the Great Commission, To partner with parents, and To be a caring community.

Morrison's vision for a maturing Morrison student is that he/she will be a spiritual discerner, an effective communicator, a critical and creative thinker, a lifelong learner, a moral and ethical citizen, and a wise and responsible steward. 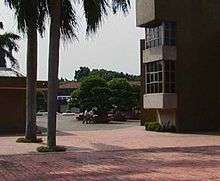 The old entrance to Morrison Academy 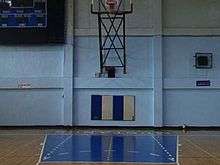 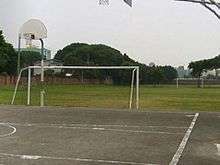 In an effort to create a comfortable, homelike, family-style, Christian environment for students who live away from home, Morrison Academy has established boarding homes on the Taichung campus which house 4-12 boys and 4-12 girls in separate wings of three facilities. The students may range in age from students who are in the 7th through the 12th grades. A married couple resides in each unit to serve as boarding home parents.

High school enrollment for the 2016-2017 school year is 226 from 23 countries, predominantly the U.S. and Canada. Children of missionaries and Christian church workers comprise 47% of the student body and 53% are from business families. Nearly 20% of our students board in campus dorms or with community families. Of the 66 members of the class of 2017, ten nations are represented: the U.S., Canada, Korea, Australia, Japan, India, New Zealand, Philippines, Indonesia, and Ecuador. There are 69 students in the junior class, 49 in the sophomore class, and 40 in the freshman class.

"Because Morrison is a Christian school, a Christian worldview is integrated into all areas of the American-based curriculum. Bible class and weekly chapel attendance are required for all students. Instruction is in English and is college preparatory in focus. The school year for students extends from mid-August to the first week of June, for a total of 180 instructional days."

Morrison's athletic program is well established with over 55 years of experience. Morrison offers its students the opportunity to play in many sports at both the Middle School and High School levels.

Middle school students at Morrison Academy are divided into three teams (A,B, and C division) according to grade level. At the conclusion of each season, middle school students at Morrison Academy compete against teams from other international schools in Taiwan in TISSA tournaments hosted at various international schools in the country.

The Taipei Campus of Morrison Academy was founded in 1961 under the name of Bethany Christian School. When the school joined the Morrison Christian Association in 1967, it was incorporated into the Morrison System. Morrison Academy Bethany offers expatriates residing in Taipei a quality Morrison education from Kindergarten to Ninth Grade, and is currently accredited through two internationally recognized accreditation associations - The Association of Christian Schools International (ASCI) and the Western Association of Schools and Colleges (WASC).

Located in Downtown Taipei, situated right next to the China Evangelical Seminary, the campus is at the heart of Taipei City. Morrison Taipei (Bethany) is right next to the MRT Taipower Building Station of the Xindian Line of the Taipei Metro. National Taiwan University, the most prestigious center of higher learning in Taiwan, is 5 minutes away by foot from Bethany.

The K-9 enrollment at Morrison Academy Taipei (Bethany) is about 200. The faculty to student ratio is about 1:7.

The music program consisting of:

Morrison Academy Kaohsiung (MAK) is an American International School that was founded in 1974 to serve missionary and business families working in the southern part of Taiwan. As of August 2015, Morrison Academy Kaohsiung offers children with foreign passports residing in Kaohsiung, Tainan, and Pingtung a quality academic education from Kindergarten through Twelfth Grade. MAK is currently accredited through two internationally recognized accreditation associations - The Association of Christian Schools International (ACSI) and the Western Association of Schools and Colleges (WASC).

Following its establishment, the campus has moved twice. The current MAK campus is located in Dashe District, a suburban district of Kaohsiung City, about a 20-minute drive from downtown Kaohsiung. It is also strategically located to serve students in Tainan and Pingtung. The campus was built in 2000 on land leased from the Taiwan Sugar Corporation.

MAK students participates in island-wide tournaments of the following sports:

MAK has a music program consisting of: