A municipal council is the local government of a municipality. Specifically the term may refer to the institutions of various countries that may be translated by this term. In English, it may refer to what are also called city councils and town councils.

For more details on this topic, see City council (France).

Despite enormous differences in populations, each of the communes of the French Republic possesses a mayor (French: maire) and a municipal council (French: conseil municipal), which manage the commune from the mairie (city hall), with exactly the same powers no matter the size of the commune and council. The one exception is the city of Paris, where the city police is in the hands of the central state, not in the hands of the mayor of Paris. This uniformity of status is a clear legacy of the French Revolution, which wanted to do away with the local idiosyncrasies and tremendous differences of status that existed in the kingdom of France.

The Municipal Council in Moldova is the governing body in five municipalities: Chişinău,[1] Bălţi, Tiraspol and Bendery (also known as Tighina or Bender). The Municipal Council (Moldovan language: Consiliul municipal) serves as a consultative body with some powers of general policy determination.[1] It is composed of a legally determined number of counsellors (for example 35 in Bălţi) elected every four years, representing political parties and independent counsellors. Once elected, counsellors may form fractions inside of the Municipal Council.[1]

Last regional elections of local public administration held in Bălţi in June 2007, brought to the power the Party of Communists of the Republic of Moldova (PCRM), which holds 21 mandates, 11 mandates are held by representatives of other parties, and 3 mandates by independents. There are two fractions in the Municipal Council: PCRM fraction (21 counsellors) and "Meleag" fraction (3 independent counsellors and 4 representatives of different parties).

The Mayor of the municipality is elected for four years. In Bălţi, Vasile Panciuc (PCRM) is the incumbent from 2001 and was re-elected twice: in 2003 during the anticipated elections (as a result of a new reform of the administrative division in Moldova in 2003), and in 2007. In Chişinău, the last mayor elections had to be repeated three times, because of the low rate of participation. As a result, Dorin Chirtoacă (Liberal Party), won the last mayor elections in Chişinău.

The municipal council (Norwegian: Kommunestyre) is the highest governing body of the municipality in Norway. The municipal council sets the scope of municipal activity, takes major decisions, and delegates responsibility. The council is led by a mayor (ordfører) and is divided into an executive board (formannskap) and a number of committees, each responsible for a subsection of tasks. It is not uncommon for some members of the council to sit in the county councils too, but very rare that they also hold legislative (Storting) or Government office, without leave of absence.

The municipal council dates back to 1837 with the creation of the Formannskabsdistrikt. In cities the council is often called a city council (bystyre). 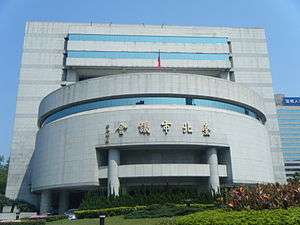 In the Republic of China, a municipal council represents a special municipality. Members of the councils are elected through municipal elections held every 4-5 years.

This article is issued from Wikipedia - version of the 1/21/2016. The text is available under the Creative Commons Attribution/Share Alike but additional terms may apply for the media files.