A national symbol is a symbol of any entity considering itself and manifesting itself to the world as a national community: the sovereign states but also nations and countries in a state of colonial or other dependence, (con)federal integration, or even an ethnocultural community considered a 'nationality' despite having no political autonomy.[1]

These symbols are often rallied around as part of celebrations of patriotism or aspiring nationalism (such as independence, autonomy or separation movements) and are designed to be inclusive and representative of all the people of the national community. 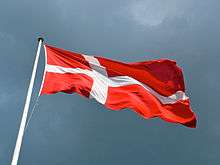 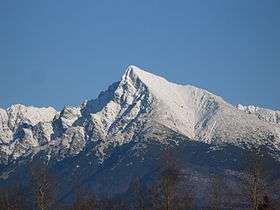 The mountain Kriváň - one of the unofficial symbols of Slovakia.

In many ways, well-known sights in a country can also be seen as national symbols, as can traditional items of handicraft, folk costumes, natural monuments, national epics and national myths, as well as symbols used by national sports teams and their supporters.