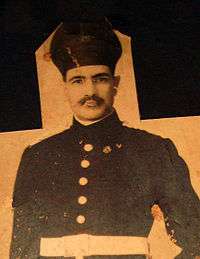 Alam Ali Khan was the son of Hashim Ali Khan, a colonel with the Hyderabad Imperial Service Troops. He received his education at Madrasa-e-aliya and Nizam College, where he obtained both a B.A. and a B C L. For a short period he served as a Cadet in the Army. At the age of 22 he moved to Madras to do his M.A. On passing his M.A. he moved to England to complete his education at Oxford University's Lincoln College. After becoming a barrister he returned to India.He died in early morning of Thursday the 18th of April 1974.

Ali Khan was appointed Munsif-darj-e-awal (first session judge) for the court of Beerad and soon also became Nazim-Sardar-e-Adalat (inspecting officer) at the court of Gulbarga. For a long time he served as the inspecting officer for the courts of Andhra Pradesh, and was later appointed Nazim-e-Sardar (Chief Justice).It was on 2 August 1943,when mir alam ali khan was conferred the title Alam yar jung,the next day on the 3rd of August 1943,the High court remained closed,in honour to felicitate and celebrate.After his retirement from his judicial offices he served as Minister of Law and Justice.