The Netherlands Organisation for Scientific Research (NWO Dutch: Nederlandse Organisatie voor Wetenschappelijk Onderzoek) is the national research council of the Netherlands. NWO funds thousands of top researchers at universities and institutes and steers the course of Dutch science by means of subsidies and research programmes. NWO promotes quality and innovation in science.

NWO is an independent administrative body under the auspices of the Dutch Ministry of Education, Culture and Science. The organization receives about 400 million euros per year, of which approximately 300 million comes directly from the ministry. NWO directs the 300 million budget toward Dutch universities and institutes, often on a project basis. Also, the NWO has its own institutes.

NWO is also known for the annual Spinoza Prizes, and the National Science Quiz for Dutch television. 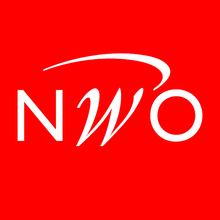 NWO's science divisions allocate subsidies and grants, mostly within programmatic limitations, to scientists from their own specific disciplines. The divisions have their own budget, Council Board and Council Executive Committee:

NWO has eight institutes that make a strategic contribution to university research in the Netherlands. They coordinate and facilitate at a national level and house large, frequently international, research facilities:

The Foundation for Fundamental Research on Matter (FOM) is a subsidiary of NWO and manages three of the institutes:

The institute Data Archiving and Networked Services (DANS, in cooperation with KNAW) is also part of NWO.

The Temporary Task Forces have a semi-permanent status. They collaborate with industry experts in order to accelerate the development of promising technologies.