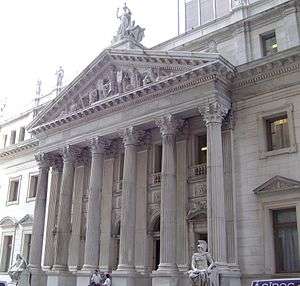 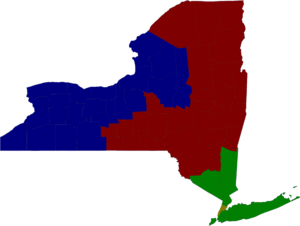 New York's rules of civil procedure allow for interlocutory appeals of right from nearly every order and decision of the trial court,[5] meaning that most may be appealed to the appropriate appellate department while the case is still pending in the trial court.

An Appellate Division may make decisions of law and fact with respect to its power to hear first appeals from state trial courts, including the Supreme Court and County Courts. These trial level courts exercise specific jurisdiction as conferred by law.[6] In contrast, both the New York Court of Appeals and the Appellate Division when it sits as a final appeals court with respect to appeals arising from decisions of the Appellate Terms in the First and Second Departments, generally may only decide questions of law. The Appellate Division may adjudicate facts subject to specific constraints in the course of initial review of agency decisions under New York's CPLR Article 78, which provides for limited court review or agency and corporate decisions. 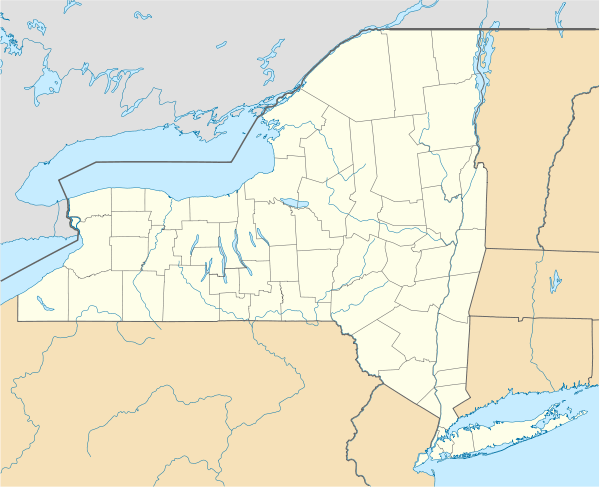 Applicants for admission to the bar must be interviewed in person by a member of the department's "Character and Fitness Committee" after passing the New York State Bar Exam and Multistate Professional Responsibility Examination.[18] Each department has a committee that investigates complaints of attorney misconduct and may issue reprimands or recommend censure, suspension, or disbarment to the Appellate Division.[19]

Each case is decided by a panel of five, or in some instances four, justices of the Court. There is no procedure for the Court to sit en banc.

Some basic rules governing appeals are contained in Articles 55 and 57 of the New York Civil Practice Law and Rules. Each Department of the Appellate Division also has its own individual set of rules governing more specific details of practice before that court. Unlike other states that have statewide rules of appellate procedure, there is no set of appellate rules shared by all four departments beyond those contained in the CPLR.

Appeals from an Appellate Division

To keep caseloads under control, most Appellate Division opinions are extremely concise. Often, an Appellate Division panel will dispose of an entire case in only two paragraphs, with the second paragraph stating: "We have considered plaintiff's (or defendant's) remaining contentions and find them unavailing." In contrast, courts in most other states traditionally devote a few more paragraphs to disposing of the other "remaining contentions." 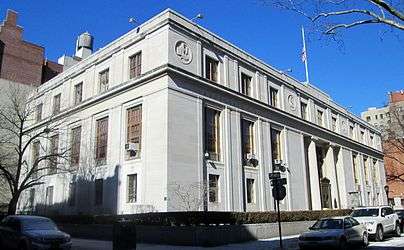 The Monroe Place Courthouse in Brooklyn, New York City, home of the Second Department of the Appellate Division

Justices of the Appellate Divisions are chosen by the Governor from among those elected to the State Supreme Court. A justice does not have to have been elected from one of the judicial districts within a department to be appointed to the Appellate Division for that Department, although the Presiding Justice and a majority of the total number of justices are to reside within the department. They serve at least five years, or until the completion of their 14-year elected terms, or reaching the constitutional age limit of 70, beyond which the governor may choose to reappoint them for up to three two-year terms.

The State Constitution provides that the First and Second Department are each to comprise seven justices, and the Third and Fourth departments five justices. In addition to these "constitutional" justices, the presiding justice of each department may ask the Governor to designate "additional justices" where needed based on the court's workload. At present, for example, the First Department comprises 20 justices in total when there are no vacancies. The qualifications for additional Justices are the same as for other justices.

Administration of the courts

Attorneys are admitted to the New York bar by one of the Appellate Division departments rather than by New York's highest court, the Court of Appeals, though once admitted to any of the Appellate Division departments, such attorney is admitted to practice and appear before all non-federal courts in the state, including the Court of Appeals. Applicants must be interviewed in person by a member of the court's "Character and Fitness Committee" after passing the New York State Bar Exam (the Multistate Bar Examination, and essay questions or the Multistate Performance Test) and Multistate Professional Responsibility Examination administered by the New York State Board of Law Examiners.[20] Applicants are admitted in the department in which they reside; applicants residing outside New York are admitted through the Third Department in Albany.

The Appellate Divisions were created by the New York State Constitution of 1894 to succeed the General Term of the Supreme Court, effective January 1, 1896.[25]