The province of North Sumatra stretches across the island of Sumatra between the Indian Ocean and the Strait Malacca. It borders Aceh province on the northwest and Riau and West Sumatra provinces in the southeast. It has an area of 72,981  km². The province contains a broad, low plain along the Strait of Malacca on which the provincial capital, Medan, is located. In the south and west, the land rises to the mountain range that runs the length of Sumatra; the mountains here are dominated by Lake Toba, formed from the caldera of an ancient volcano. Several large islands in the Indian Ocean off the west coast of Sumatra are currently part of North Sumatra, most notably Nias Island and the Batu Islands.

North Sumatra is a multi-ethnic province. The Batak, Nias, and the Malay peoples are regarded as the native people of this province. The east coast of North Sumatra is generally inhabited by Malays and Chinese. The Javanese mostly reside in Deli Serdang Regency, including Medan, while the West coast of province is mainly inhabited the Pakpak, Mandailing and Minangkabau peoples. The central region around Lake Toba, is predominantly inhabited by the Batak peoples. The Nias people reside mostly in Nias Island and the surrounding islands. With the opening of tobacco plantations in East Sumatra during the Dutch East Indies era, the colonial government employed many contract laborers for plantations. The newcomers were mostly Javanese and Chinese, and included a small Indian community. The distribution of the tribes, clans and ethnicities in North Sumatra is as follows: 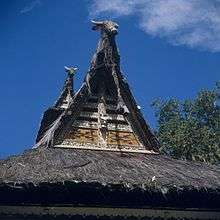 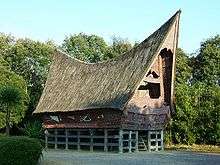 North Sumatra is currently subdivided into 25 regencies and 8 autonomous cities, listed below with their (provisional) populations at the 2010 Census and according to the latest (2014) estimates. With proposals under consideration to create three additional provinces from parts of the present North Sumatra, these are grouped below according to the putative new province in which they are situated:

The modern Kuala Namu International Airport was opened on July 25, 2013 and is located almost 40 kilometers from Medan. The airport replaces the old Polonia International Airport.[7] It serves flights to several Indonesian and Malaysian cities, along with flights to Singapore, Thailand, Sri Lanka and Saudi Arabia. Flights to India and China are also planned. In passenger numbers, Kuala Namu is the fifth largest airport in Indonesia.

Polonia International Airport (Indonesian: Bandar Udara Internasional Polonia) (IATA: MES, ICAO: WIMM) (popularly Polonia Airport, as in Indonesia, Bandara Polonia) is located about 5 km from the Central Business District of Medan. It is the first international airport in Medan, although the airport is under air force authority. Polonia airport is the site of several crashes, is inappropriately located in the center of the city of Medan, has a difficult takeoff path and a short runway.

North Sumatra has an international seaport at Belawan, near Medan and is now preparing to have a new seaport at Kuala Tanjung, in Batubara Regency, for about Rp.1 trillion ($114 million) budget.[8]