The Northern Region is precisely located in the Kingdom of Dagbon and the Northern region is bordered on the north by the Upper West region and the Upper East region, on the east by the eastern Ghana-Togo international border, on the south by the Black Volta River and the Volta region, and on the north-west by the Upper West region and Burkina Faso, and on the west by the western Ghana-Ivory Coast international border. Northern region is the largest region in total area, and is made up of 20 districts.

The Northern Region is much drier than southern areas of Ghana, due to its proximity to the Sahel, and the Sahara. The vegetation consists predominantly of grassland, especially savanna with clusters of drought-resistant trees such as baobabs or acacias. Between January and March is the wet season, with an average annual rainfall of 750 to 1050 mm (30 to 40 inches). The dry season is between about July and December. The highest temperatures are reached at the end of the dry season, the lowest in December and January. However, the hot Harmattan wind from the Sahara blows frequently between December and the beginning of February. The temperatures can vary between 14 °C (59 °F) at night and 40 °C (104 °F) during the day. 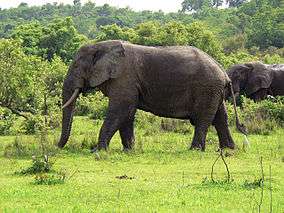 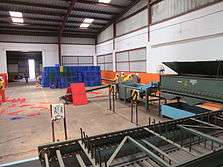 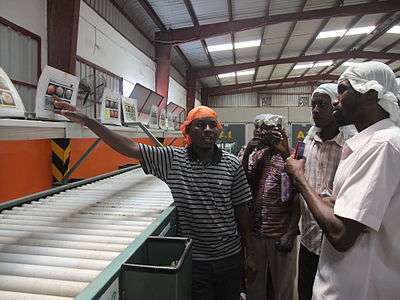 More than 75% of the economically active population are agricultural. The low population density is partly caused by emigration.

The Northern Region has a low density, and along with the official language of English most inhabitants (52%) speak a language of the Oti–Volta subfamily in the Niger–Congo languages.

The political administration of the region is through the local government system. Under this administration system, the region is divided into 20 districts.[1] Each District, Municipal or Metropolitan Area, is administered by a Chief Executive, representing the central government but deriving authority from an Assembly headed by a presiding member elected from among the members themselves.