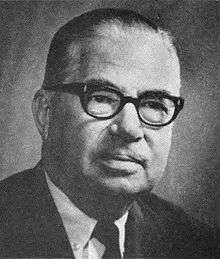 He was co-publisher of the Dunklin Democrat, a newspaper in Kennett, from 1923 until February 1953. He also served as general manager of KBOA (AM) and KBOA-FM, Kennett's first radio station, which he helped to found, from 1947 until October 1966.

From August 1945 to May 1948, he served as chairman of the Missouri State Highway Commission. He was appointed by Governor Lloyd C. Stark of Missouri in December 1940 to organize the Sixth Missouri Infantry, Missouri State Guard, and was commanding officer (colonel) of that voluntary regiment until June 1946.

Jones was elected as a Democrat to the 80th U.S. Congress to fill the vacancy caused by the death of Orville Zimmerman and at the same time was elected to the 81st Congress. He was reelected to the nine succeeding Congresses and served from November 2, 1948, to January 3, 1969. He was not a candidate for reelection in 1968 to the 91st Congress.

Jones resided in Kennett until his death on February 10, 1981. He was buried in Oak Ridge Cemetery.