For other uses, see Person (disambiguation).

A person is a being, such as a human, that has certain capacities or attributes constituting personhood, which in turn is defined differently by different authors in different disciplines, and by different cultures in different times and places.

The common plural of "person", "people", is often used to refer to an entire nation or ethnic group (as in "a people"). The plural "persons" is often used in philosophical and legal writing.

Development of the concept

In ancient Rome, the word persona (Latin) or prosopon (πρόσωπον; Greek) originally referred to the masks worn by actors on stage. The various masks represented the various "personae" in the stage play.[1]

The concept of person was further developed during the Trinitarian and Christological debates of the 4th and 5th centuries in contrast to the word nature.[2] During the theological debates, some philosophical tools (concepts) were needed so that the debates could be held on common basis to all theological schools. The purpose of the debate was to establish the relation, similarities and differences between the Λóγος/Verbum and God. The philosophical concept of person arose, taking the word "prosopon" (πρόσωπον) from the Greek theatre. Therefore, Christus (the Λóγος/Verbum) and God were defined as different "persons". This concept was applied later to the Holy Ghost, the angels and to all human beings.

Since then, a number of important changes to the word's meaning and use have taken place, and attempts have been made to redefine the word with varying degrees of adoption and influence. 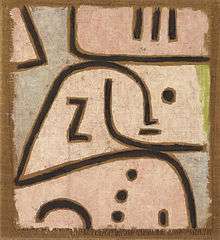 An abstract painting of a person by Paul Klee. The concept of a person can be very challenging to define.
Main article: Personhood

The criteria for being a person... are designed to capture those attributes which are the subject of our most humane concern with ourselves and the source of what we regard as most important and most problematical in our lives.
— Harry G. Frankfurt

Personhood is the status of being a person. Defining personhood is a controversial topic in philosophy and law, and is closely tied to legal and political concepts of citizenship, equality, and liberty. According to law, only a natural person or legal personality has rights, protections, privileges, responsibilities, and legal liability. Personhood continues to be a topic of international debate, and has been questioned during the abolition of slavery and the fight for women's rights, in debates about abortion, fetal rights, and in animal rights advocacy.[3]

Various debates have focused on questions about the personhood of different classes of entities. Historically, the personhood of animals, women, and slaves has been a catalyst of social upheaval. In most societies today, living adult humans are usually considered persons, but depending on the context, theory or definition, the category of "person" may be taken to include such non-human entities as animals, artificial intelligences, or extraterrestrial life, as well as legal entities such as corporations, sovereign states and other polities, or estates in probate.[4]

The category may exclude some human entities in prenatal development, and those with extreme mental impairment. 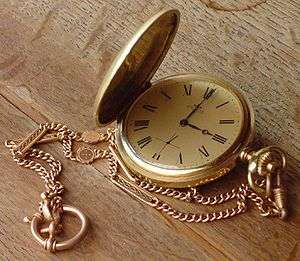 What does it take for individuals to persist from moment to moment – or in other words, for the same individual to exist at different moments?
Main article: Personal identity