For other uses, see Professional (disambiguation). 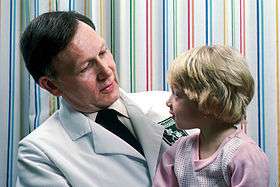 Doctors in many Western countries take the Hippocratic Oath upon entering the profession, as a personal commitment to upholding a number of ethical and moral standards.

A professional is a member of a profession or any person who earns their living from a specified professional activity. The term also describes the standards of education and training that prepare members of the profession with the particular knowledge and skills necessary to perform their specific role within that profession. In addition, most professionals are subject to strict codes of conduct, enshrining rigorous ethical and moral obligations.[1] Professional standards of practice and ethics for a particular field are typically agreed upon and maintained through widely recognized professional associations, such as the IEEE.[2] Some definitions of "professional" limit this term to those professions that serve some important aspect of public interest [3] and the general good of society.[4][5]

In some cultures, the term is used as shorthand to describe a particular social stratum of well-educated workers who enjoy considerable work autonomy and who are commonly engaged in creative and intellectually challenging work.[6][7][8][9]

In narrow usage, not all expertise is considered a profession. Although sometimes incorrectly referred to as professions, occupations such as skilled construction and maintenance work are more generally thought of as trades or crafts. The completion of an apprenticeship is generally associated with skilled labour, or trades such as carpenter, electrician, mason, painter, plumber and other similar occupations. A related distinction would be that a professional does mainly mental work, as opposed to engaging in physical work.[10]

Although professional training appears to be ideologically neutral, it may be biased towards those with higher class backgrounds and a formal education. In his 2000 book, Disciplined Minds: A Critical Look at Salaried Professionals and the Soul-Battering System that Shapes Their Lives, Jeff Schmidt observes that qualified professionals are less creative and diverse in their opinions and habits than non-professionals, which he attributes to the subtle indoctrination and filtering which accompanies the process of professional training. His evidence is both qualitative and quantitative, including professional examinations, industry statistics and personal accounts of trainees and professionals.[11]

A key theoretical dispute arises from the observation that established professions (e.g. lawyers, medical doctors, architects, civil engineers) are subject to strict codes of conduct. Some have thus argued that these codes of conduct, agreed upon and maintained through widely recognized professional associations, are a key element of what constitutes any profession.[12] Others have argued that strict codes of conduct and the professional associations that maintain them are merely a consequence of 'successful' professionalization, rather than an intrinsic element of the definition of professional(ism); this implies that a profession arises from the alignment between a shared purpose (connected to a 'greater good'), a body of knowledge, actual behavior in terms of actions and decisions, and expectations held by societal stakeholders.[13]

The etymology and historical meaning of the term professional is from Middle English, from profes, adjective, having professed one's vows, from Anglo-French, from Late Latin professus, from Latin, past participle of profitēri to profess, confess, from pro- before + fatēri to acknowledge; in other senses, from Latin professus, past participle. Thus, as people became more and more specialized in their trade, they began to 'profess' their skill to others, and 'vow' to perform their trade to the highest known standard. With a reputation to uphold, trusted workers of a society who have a specific trade are considered professionals. Ironically, the usage of the word 'profess' declined from the late 1800s to the 1950s, just as the term 'professional' was gaining popularity from 1900-2010.[14]