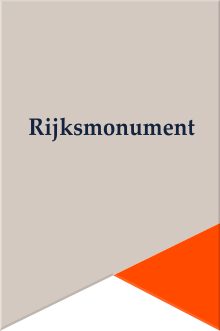 Emblem for national monument introduced in 2014 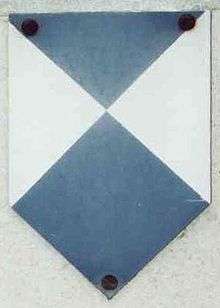 Distinctive emblem for the most important cultural property, listed in the Hague Convention

A rijksmonument (Dutch pronunciation: [ˈrɛiksmoːnyˌmɛnt]) is a national heritage site of the Netherlands, listed by the agency Rijksdienst voor het Cultureel Erfgoed (RCE) acting for the Dutch Ministry of Education, Culture and Science.[1] 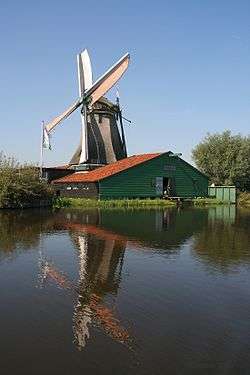 Many windmills are listed as rijksmonuments, such as De Schoolmeester, Westzaan 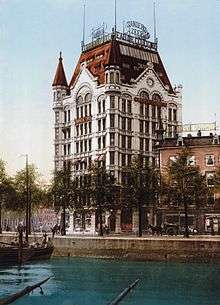 To be designated, a place must be over 50 years old and meet additional criteria. There are around 51,000 designated rijksmonuments in the Netherlands.[2]

The program was started during the Hague Convention in 1954. The current legislation governing the monuments is the Monumentenwet van 1988 ("Monument Law of 1988").[3]

The organization responsible for caring for the monuments, which used to be called Monumentenzorg, was recently renamed, and is now called Rijksdienst voor het Cultureel Erfgoed. In June 2009, the Court of The Hague decided that individual purchasers of buildings that were listed as rijksmonuments would be exempt from paying transfer tax, effective from 1 May 2009. Previously this exemption had only applied to legal entities.[4]

Other monuments in the Netherlands