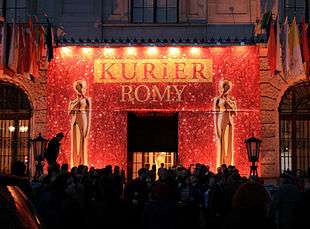 Entrance to the 2008 Romy Awards 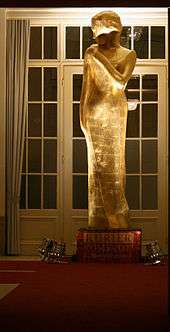 Enlarged statue of the trophy 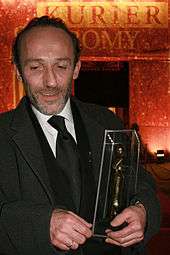 The Romy TV award in honor of the Austrian-born actress Romy Schneider was created in 1990 by the Austrian newspaper Kurier – or rather their movie reviewer Rudolf John, who also designed the 30.5 cm gilded trophy. It recalls a scene from the movie The Swimming Pool with Alain Delon, when Romy Schneider arranges her dress. (See Senta Berger getting the Platinum award in 2007). The award ceremony is conducted at the Hofburg in Vienna.

Depending on the category, votes are by a jury or by the public.