The fragments of Sanskrit drama date from the 1st century CE.[1] The Mahābhāṣya by Patañjali contains the earliest reference to what may have been the seeds of Sanskrit drama.[2] This treatise on grammar provides a feasible date for the beginnings of theatre in India.[3]

Its drama is regarded as the highest achievement of Sanskrit literature.[4] It utilised stock characters, such as the hero (nayaka), heroine (nayika), or clown (vidusaka). Actors may have specialised in a particular type. Kālidāsa in the 3rd-4th century CE, was arguably one of ancient India's greatest Sanskrit dramatists. Three famous romantic plays written by Kālidāsa are the Mālavikāgnimitram (Mālavikā and Agnimitra), Vikramōrvaśīyam (Pertaining to Vikrama and Urvashi), and Abhijñānaśākuntalam (The Recognition of Shakuntala). The last was inspired by a story in the Mahabharata and is the most famous. It was the first to be translated into English and German. Śakuntalā (in English translation) influenced Goethe's Faust (1808–1832).[5] The next great Indian dramatist was Bhavabhuti (c. 7th century CE). He is said to have written the following three plays: Malati-Madhava, Mahaviracharita and Uttar Ramacharita. Among these three, the last two cover between them the entire epic of Ramayana. The powerful Indian emperor Harsha (606–648) is credited with having written three plays: the comedy Ratnavali, Priyadarsika, and the Buddhist drama Nagananda. Other famous Sanskrit dramatists include Śhudraka, Bhasa, and Asvaghosa. Though numerous plays written by these playwrights are still available, little is known about the authors themselves.

The earliest-surviving fragments of Sanskrit drama date from the 1st century CE.[6] The wealth of archeological evidence from earlier periods offers no indication of the existence of a tradition of theatre.[7] The ancient Vedas (hymns from between 1500 and 1000 BCE that are among the earliest examples of literature in the world) contain no hint of it (although a small number are composed in a form of dialogue) and the rituals of the Vedic period do not appear to have developed into theatre.[8] The Mahābhāṣya by Patañjali contains the earliest reference to what may have been the seeds of Sanskrit drama.[9] This treatise on grammar from 140 BCE provides a feasible date for the beginnings of theatre in India.[10]

Major source of evidence for Sanskrit theatre is A Treatise on Theatre (Nātyaśāstra), a compendium whose date of composition is uncertain (estimates range from 200 BCE to 200 CE) and whose authorship is attributed to Bharata Muni. The Treatise is the most complete work of dramaturgy in the ancient world. It addresses acting, dance, music, dramatic construction, architecture, costuming, make-up, props, the organisation of companies, the audience, competitions, and offers a mythological account of the origin of theatre.[11] In doing so, it provides indications about the nature of actual theatrical practices. Sanskrit theatre was performed on sacred ground by priests who had been trained in the necessary skills (dance, music, and recitation) in an hereditary process. Its aim was both to educate and to entertain.

Under the patronage of royal courts, performers belonged to professional companies that were directed by a stage manager (sutradhara), who may also have acted.[12] This task was thought of as being analogous to that of a puppeteer—the literal meaning of "sutradhara" is "holder of the strings or threads".[13] The performers were trained rigorously in vocal and physical technique.[14] There were no prohibitions against female performers; companies were all-male, all-female, and of mixed gender. Certain sentiments were considered inappropriate for men to enact, however, and were thought better suited to women. Some performers played characters their own age, while others played characters younger or older than themselves. Of all the elements of theatre, the Treatise gives most attention to acting (abhinaya), which consists of two styles: realistic (lokadharmi) and conventional (natyadharmi), though the major focus is on the latter.[15]

The theory of rasa described in the text has been a major influence on the modern theatre of India as well as Indian cinema, particularly Bollywood.

One of the earliest known Sanskrit plays, this play was composed by Śudraka in the 2nd century BC. Rife with romance, sex, royal intrigue and comedy, the juicy plot of the play has numerous twists and turns. The main story is about a young man named Charudatta, and his love for Vasantasena, a rich courtesan or nagarvadhu. The love affair is complicated by a royal courtier, who is also attracted to Vasantasena. The plot is further complicated by thieves and mistaken identities, and thus making it a greatly hilarious and entertaining play. It invited widespread admiration when staged in New York in 1924. The play was made into a 1984 Hindi movie Utsav, directed by Girish Karnad. The Indian play depicted in the 2001 film Moulin Rouge! may have been based on The Little Clay Cart.

The plays written by Bhāsa were only known to historians through the references of later writers, the manuscripts themselves being lost. Manuscripts of 13 plays written by him were discovered in an old library in Thiruvananthapuram (Trivandrum) in 1913 by the scholar Ganapati Sastri. A 14th play was later discovered and attributed to Bhāsa, but its authorship is disputed.

Karnabhara is a critically acclaimed play and it is being subjected to lot of experimentation by the modern theatre groups in India.

Bhasa is considered to be one of the best Sanskrit playwrights, second only to Kalidasa. He is earlier than Kalidasa, and may date to any time between the 1st century BCE and the 4th century CE.

Kālidāsa (3rd-4th century CE) is easily the greatest poet and playwright in Sanskrit, and occupies the same position in Sanskrit literature that Shakespeare occupies in English literature. He deals primarily with famous Hindu legends and themes; three famous plays by Kālidāsa are Vikramōrvaśīyam ("Vikrama and Urvashi"), Mālavikāgnimitram ("Malavika and Agnimitra"), and the play that he is most known for: Abhijñānaśākuntalam ("The Recognition of Shakuntala"). The last named play is considered to be greatest play in Sanskrit. More than a millennium later, it would so powerfully impress the famous German writer Goethe that he would write:

"Wouldst thou the young year's blossoms and the fruits of its decline
And all by which the soul is charmed, enraptured, feasted, fed,
Wouldst thou the earth and heaven itself in one sole name combine?
I name thee, O Shakuntala! and all at once is said. "

Amongst Sanskrit plays, the historical play Mudrarakshasa is unique because it contains political intrigue and is full of life, action and sustained interest. The time period of composition is prior to 800 C.E. In the play, Chandragupta Maurya is ruling from Pataliputra, having deposed the last of the Nanda kings. Rakshasa the minister of Nanda, attempts to avenge his late master. Chanakya, the minister of Chandragupta succeeds in winning over Rakshasa to his master's side.[16] 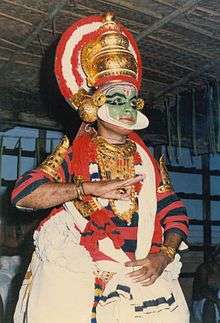 Sanskrit plays were very popular and were staged in ancient times all over India. Now the only surviving ancient Sanskrit drama theatre is Koodiyattam, which is preserved in Kerala by the Chakyar community. This form of Sanskrit drama is thought to be at least 2000 years old and is one of the oldest living theatrical traditions in the world. All major Sanskrit plays such as that of Bhasa, Sri Harsha, Shaktibhadra etc. are performed in Koodiyattam. Guru Nātyāchārya Vidūshakaratnam Padma Shri Māni Mādhava Chākyār choreographed and directed plays like Kalidasa's Abhijñānaśākuntala, Vikramorvaśīya and Mālavikāgnimitra; Bhasa's Swapnavāsadatta and Pancharātra for the first time in the history of Koodiyattam. He popularised Koodiyattam and rejuvenated the only surviving Sanskrit drama theatre in India.

One of the hypotheses (as yet without consensus) of the origins of the "Trivandrum plays" of Bhasa is that these 13 plays were adapted from their original sources and brought to Kerala for choreography in the Koodiyattam tradition. 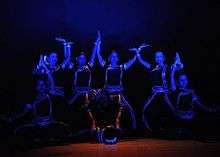 Prafulla Kumar Mishra has written the plays Chitrangada and Karuna.