For other uses, see Dialogue (disambiguation). 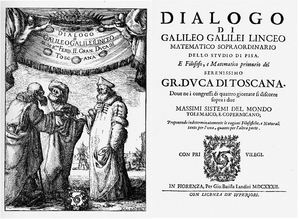 Dialogue (sometimes spelled dialog in U.S. English[1]) is a written or spoken conversational exchange between two or more people, and a literary and theatrical form that depicts such an exchange. As a narrative, philosophical or didactic device, it is chiefly associated in the West with the Socratic dialogue as developed by Plato, but antecedents are also found in other traditions including Indian literature.[2]

In the 20th century, philosophical treatments of dialogue emerged from thinkers including Mikhail Bakhtin, Paulo Freire, Martin Buber, and David Bohm. Although diverging in many details, these thinkers have articulated a holistic concept of dialogue as a multi-dimensional, dynamic and context-dependent process of creating meaning.[3] Educators such as Freire and Ramón Flecha have also developed a body of theory and technique for using egalitarian dialogue as a pedagogical tool.[4]

The term dialogue stems from the Greek διάλογος (dialogos, conversation); its roots are διά (dia: through) and λόγος (logos: speech, reason). The first extant author who uses the term is Plato, in whose works it is closely associated with the art of dialectic.[5] Latin took over the word as dialogus.[6] 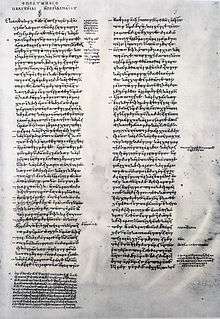 Antiquity and the Middle Ages

Dialogue as a genre in the Middle East and Asia dates back to ancient works, such as Sumerian disputations preserved in copies from the late third millennium BC,[7] Rigvedic dialogue hymns and the Mahabharata.

In the West, Plato (c. 437 BC – c. 347 BC) has commonly been credited with the systematic use of dialogue as an independent literary form.[8] Ancient sources indicate, however, that the Platonic dialogue had its foundations in the mime, which the Sicilian poets Sophron and Epicharmus had cultivated half a century earlier.[9] These works, admired and imitated by Plato, have not survived and we have only the vaguest idea of how they may have been performed.[10] The Mimes of Herodas, which were found in a papyrus in 1891, give some idea of their character.[11]

Plato further simplified the form and reduced it to pure argumentative conversation, while leaving intact the amusing element of character-drawing.[12] By about 400 BC he had perfected the Socratic dialogue.[13] All his extant writings, except the Apology and Epistles, use this form.[14]

Following Plato, the dialogue became a major literary genre in antiquity, and several important works both in Latin and in Greek were written. Soon after Plato, Xenophon wrote his own Symposium; also, Aristotle is said to have written several philosophical dialogues in Plato's style (of which only fragments survive).[15]

Modern period to the present

Two French writers of eminence borrowed the title of Lucian’s most famous collection; both Fontenelle (1683) and Fénelon (1712) prepared Dialogues des morts ("Dialogues of the Dead").[8] Contemporaneously, in 1688, the French philosopher Nicolas Malebranche published his Dialogues on Metaphysics and Religion, thus contributing to the genre's revival in philosophic circles. In English non-dramatic literature the dialogue did not see extensive use until Berkeley employed it, in 1713, for his treatise, Three Dialogues between Hylas and Philonous.[12] His contemporary, the Scottish philosopher David Hume wrote Dialogues Concerning Natural Religion. A prominent 19th-century example of literary dialogue was Landor’s Imaginary Conversations (1821–1828).[16]

In Germany, Wieland adopted this form for several important satirical works published between 1780 and 1799. In Spanish literature, the Dialogues of Valdés (1528) and those on Painting (1633) by Vincenzo Carducci are celebrated. Italian writers of collections of dialogues, following Plato's model, include Torquato Tasso (1586), Galileo (1632), Galiani (1770), Leopardi (1825), and a host of others.[12]

In the 19th century, the French returned to the original application of dialogue. The inventions of "Gyp", of Henri Lavedan, and of others, which tell a mundane anecdote wittily and maliciously in conversation, would probably present a close analogy to the lost mimes of the early Sicilian poets. English writers including Anstey Guthrie also adopted the form, but these dialogues seem to have found less of a popular following among the English than their counterparts written by French authors.[12]

The Platonic dialogue, as a distinct genre which features Socrates as a speaker and one or more interlocutors discussing some philosophical question, experienced something of a rebirth in the 20th century. Authors who have recently employed it include George Santayana, in his eminent Dialogues in Limbo (1926, 2nd ed. 1948; this work also includes such historical figures as Alcibiades, Aristippus, Avicenna, Democritus, and Dionysius the Younger as speakers). Also Edith Stein and Iris Murdoch used the dialogue form. Stein imagined a dialogue between Edmund Husserl (phenomenologist) and Thomas Aquinas (metaphysical realist). Murdoch included not only Socrates and Alcibiades as interlocutors in her work Acastos: Two Platonic Dialogues (1986), but featured a young Plato himself as well.[17] More recently Timothy Williamson wrote Tetralogue, a philosophical exchange on a train between four people with radically different epistemological views. 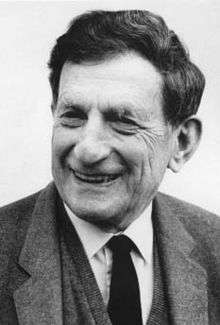 Martin Buber assigns dialogue a pivotal position in his theology. His most influential work is titled I and Thou.[18] Buber cherishes and promotes dialogue not as some purposive attempt to reach conclusions or express mere points of view, but as the very prerequisite of authentic relationship between man and man, and between man and God. Buber's thought centers on "true dialogue", which is characterized by openness, honesty, and mutual commitment.[19]

The Second Vatican Council placed a major emphasis on dialogue with the World. Most of the Council's documents involve some kind of dialogue : dialogue with other religions (Nostra aetate), dialogue with other Christians (Unitatis Redintegratio), dialogue with modern society (Gaudium et spes) and dialogue with political authorities (Dignitatis Humanae).[20] However, in the English translations of these texts, "dialogue" was used to translate two Latin words with distinct meanings, colloquium ("discussion") and dialogus ("dialogue").[21] The choice of terminology appears to have been strongly influenced by Buber's thought.[22]

The physicist David Bohm originated a related form of dialogue where a group of people talk together in order to explore their assumptions of thinking, meaning, communication, and social effects. This group consists of ten to thirty people who meet for a few hours regularly or a few continuous days. In a Bohm dialogue, dialoguers agree to leave behind debate tactics that attempt to convince and, instead, talk from their own experience on subjects that are improvised on the spot.[23]

In his influential works, Russian philosopher and semiotician[24] Mikhail Bakhtin provided a linguistic methodology to define the dialogue, its nature and meaning:[25]

Dialogic relations have a specific nature: they can be reduced neither to the purely logical (even if dialectical) nor to the purely linguistic (compositional-syntactic) They are possible only between complete utterances of various speaking subjects... Where there is no word and no language, there can be no dialogic relations; they cannot exist among objects or logical quantities (concepts, judgments, and so forth). Dialogic relations presuppose a language, but they do not reside within the system of language. They are impossible among elements of a language.[26]

The Brazilian educationalist Paulo Freire, known for developing popular education, advanced dialogue as a type of pedagogy. Freire held that dialogued communication allowed students and teachers to learn from one another in an environment characterized by respect and equality. A great advocate for oppressed peoples, Freire was concerned with praxis—action that is informed and linked to people’s values. Dialogued pedagogy was not only about deepening understanding; it was also about making positive changes in the world: to make it better.[27]

A classroom dialogue at Shimer College.

Dialogue is used as a practice in a variety of settings, from education to business. Influential theorists of dialogal education include Paulo Freire and Ramon Flecha.

In the United States, an early form of dialogic learning emerged in the Great Books movement of the early to mid-20th century, which emphasized egalitarian dialogues in small classes as a way of understanding the foundational texts of the Western canon.[28] Institutions that continue to follow a version of this model include the Great Books Foundation, Shimer College in Chicago,[29] and St. John's College in Annapolis and Santa Fe.[30]

Egalitarian dialogue is a concept in dialogic learning. It may be defined as a dialogue in which contributions are considered according to the validity of their reasoning, instead of according to the status or position of power of those who make them.[31]

Structured dialogue represents a class of dialogue practices developed as a means of orienting the dialogic discourse toward problem understanding and consensual action. Whereas most traditional dialogue practices are unstructured or semi-structured, such conversational modes have been observed as insufficient for the coordination of multiple perspectives in a problem area. A disciplined form of dialogue, where participants agree to follow a framework or facilitation, enables groups to address complex shared problems.[32]

Aleco Christakis (Structured Dialogic Design) and John N. Warfield (Science of Generic Design) were two of the leading developers of this school of dialogue.[33] The rationale for engaging structured dialogue follows the observation that a rigorous bottom-up democratic form of dialogue must be structured to ensure that a sufficient variety of stakeholders represents the problem system of concern, and that their voices and contributions are equally balanced in the dialogic process.

In one deployment, structured dialogue is (according to a European Union definition) "a means of mutual communication between governments and administrations including EU institutions and young people. The aim is to get young people’s contribution towards the formulation of policies relevant to young peoples lives."[36] The application of structured dialogue requires one to differentiate the meanings of discussion and deliberation.

Groups such as Worldwide Marriage Encounter and Retrouvaille use dialogue as a communication tool for married couples. Both groups teach a dialogue method that helps couples learn more about each other in non-threatening postures, which helps to foster growth in the married relationship.[37]

The German philosopher and classicist Karl-Martin Dietz emphasizes the original term of dialogue, which goes back to Heraclitus: "The logos [...] answers to the question of the world as a whole and how everything in it is connected. Logos is the one principle at work, that gives order to the manifold in the world."[38] For Dietz "dialogue" (gr. dia-logos) means "a kind of thinking, acting and speaking, which the logos "passes through""[39] Therefore, talking to each other is merely one part of "dialogue". Acting 'dialogically' means directing someone's attention to another one and to reality at the same time.[40]

Against this background and together with Thomas Kracht, Karl-Martin Dietz developed what he termed "Dialogical Leadership" as a form of organizational management.[41] In several German enterprises and organisations it replaced the traditional human resource management, e.g. in the German drugstore chain dm-drogerie markt.[41]