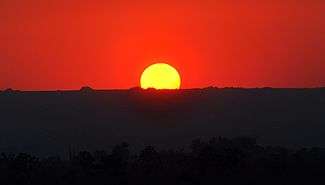 The summer solstice (or estival solstice) occurs when a planet's rotational axis, in either northern or southern hemispheres, is most inclined toward the star that it orbits. Earth's maximum axial tilt toward the Sun is 23° 26′. This happens twice each year (once in each hemisphere), at which times the Sun reaches its highest position in the sky as seen from the north or the south pole.

When on a geographic pole, the Sun reaches its greatest height, the moment of solstice, it can be noon only along that longitude which at that moment lies in the direction of the Sun from the pole. For other longitudes, it is not noon. Noon has either passed or has yet to come. Hence the notion of a solstice day is useful. The term is colloquially used like midsummer to refer to the day on which solstice occurs. The summer solstice day has the longest period of daylight – except in the polar regions, where daylight is continuous, from a few days to six months around the summer solstice.

Worldwide, interpretation of the event has varied among cultures, but most recognize the event in some way with holidays, festivals, and rituals around that time with themes of religion or fertility.[7] In some regions, the summer solstice marks the start of summer and the end of spring.[8]

Solstice is derived from the Latin words sol (sun) and sistere (to stand still). 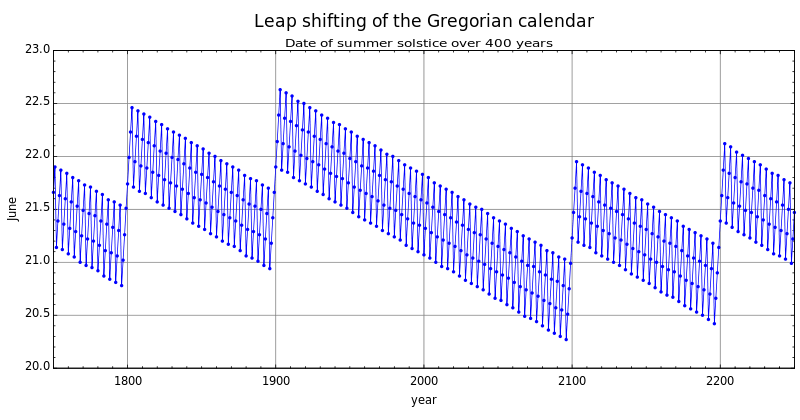 Winter solstice in the Southern Hemisphere

Length of the day on the summer solstice of the north

The following tables contain information on the length of the day on the summer solstice of the northern hemisphere (i.e. June solstice). The data was collected from the website of the Finnish Meteorological Institute on 20 June 2016[9] as well as from certain other websites.[10][11][12][13][14][15][16][17]

The data is arranged geographically and within the tables from the longest day to the shortest one.