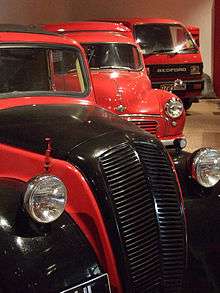 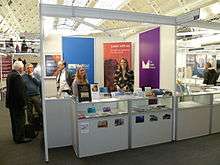 The Postal Museum at Spring Stampex 2016.

The Postal Museum operates three sites: The Royal Mail Archive at Mount Pleasant sorting office in Clerkenwell, London, a museum store in Loughton, Essex and The Museum of the Post Office in the Community, located about the post office in Blists Hill Victorian Town, Shropshire. A new site is planned for Clerkenwell in London in 2017.

The 1838 Public Records Act was the first step in organizing government archives, including the civil service department known then as ‘the Post Office’. This represents the beginnings of what is now The Royal Mail Archive. By 1896 a report concerning the maintenance of Post Office records had been produced and the first archivist was appointed. The Public Records Acts of 1958 and 1967 reinforced the need for the Post Office to keep, catalogue and make its archive records available.

In 1966, the first National Postal Museum (NPM) was established, in part due to the Phillips Collection of Victorian philately being donated to the nation by Reginald M. Phillips. The museum was opened by the Queen on 19 February 1969, at King Edward Building near St Paul's Cathedral in London. A collection of postal equipment, uniforms, vehicles and much more was developed over the years; far more than could be displayed in the small museum.

In 1998, the King Edward Building was sold, and the NPM closed. The collections were retained and the management of the museum and archive was combined. This was known as the Heritage unit of the Post Office (then renamed Consignia, then Royal Mail Group).

Royal Mail Group decided to transfer the work of this heritage unit to an independent charitable trust, in light of the changing mail market and its own shift from public service to competitive business. This 'Postal Heritage Trust' came into being in April 2004, and was branded as The British Postal Museum & Archive.

From 2004, the BPMA expanded its work into providing a programme of events, exhibitions, education and web resources.[1]

In February 2016, the BPMA rebranded as The Postal Museum,[2] and began building a new museum to be opened in 2017 in Clerkenwell, London, near to the Mount Pleasant Mail Centre.[3][4] The museum is expected to cost £26 million to build, and will consist of two sections.[5][6] The Postal Museum is expected to open up to the public a 1 kilometre (0.62 mi) stretch of track in London's Mail Rail, which was the world’s first driverless electric railway.[4][7] In the museum section, anticipated attractions include a commemorative stamp that would have been used had Scotland won the 1978 FIFA World Cup, telegrams from the night that the Titanic sank, and the original copy of Ulysses.[5][6]