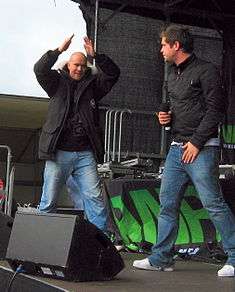 Kato started DJing early at nightclubs since 2005 remixing for other artists and independently since 2008, at which time he also started writing and producing his own music. His breakthrough came with the commercial success of the single "Turn the Lights Off", released on 1 January 2010 receiving platinum status for selling 30,000 copies in early August 2010. The track, is a cover version of an earlier hit by DJ Jose from 2007. The track contains the vocals of Jon (full name Jon Nørgaard), a Danish Popstars contestant.

Kato released on his debut album Discolized on 1 March 2010 on the Danish label "disco:wax" that includes collaborations with Jon (Jon Nørgaard), Outlandish, Dr. Alban, Terri B, U$O and Johnson (Marc Johnson). The album reached #6 on the official Danish Albums Chart.

The second single from the album, "Hey Shorty (Yeah Yeah Pt. II)", featuring rappers U$O and Johnson was released on 26 April. It was a big hit for Kato reaching #2 on Tracklisten, the official Danish Singles Chart. It sold above 30,000 copies. The album's third single, "Desert Walk", a collaboration with rap group Outlandish sold 15,000 copies making it to #4.

On 15 July 2010 it was announced that Kato has signed a contract with Universal Music in Germany including possible release of singles and albums in Germany and promotional appearances on German TV.

On 27 December Kato released the single "Sjus" featuring Ida Corr, Camille Jones and Johnson. It is a precursor to Kato's second album Discolized 2.0 due to be released in Spring 2011.

Kato won in 2007 and 2009 award for "Best Danish mainstream DJ" at the Danish DeeJay Awards.