Reid was born William Wallace Halleck Reid in St. Louis, Missouri, into a show business family. His mother, Bertha Westbrook (1868–1939), was an actress and his father, James Halleck "Hal" Reid (1862–1920), worked successfully in a variety of theatrical jobs, mainly as playwright and actor, traveling the country. As a boy, Wallace Reid was performing on stage at an early age, but acting was put on hold while he obtained an education at Freehold Military School in Freehold Township, New Jersey. Reid graduated from Perkiomen Seminary in Pennsburg, Pennsylvania, in 1909. A gifted all-around athlete, Reid participated in a number of sports while also following an interest in music, learning to play the piano, banjo, drums, and violin. As a teenager, he spent time in Wyoming, where he learned to be an outdoorsman.

Reid was drawn to the burgeoning motion picture industry by his father, who shifted from the theatre to acting, writing, and directing films. In 1910, Reid appeared in his first film, The Phoenix, an adaptation of a Milton Nobles play filmed at Selig Polyscope Studios in Chicago. Reid used the script from a play his father had written and approached the very successful Vitagraph Studios, hoping to be given the opportunity to direct. Instead, Vitagraph executives capitalized on his sex appeal, and in addition to having him direct, cast him in a major role. Although Reid's good looks and powerful physique made him the perfect "matinée idol", he was equally happy with roles behind the scenes and often worked as a writer, cameraman, and director.

Wallace Reid appeared in several films with his father, and as his career in film flourished, he was soon acting and directing with and for early film mogul Allan Dwan. In 1913, while at Universal Pictures, Reid met and married actress Dorothy Davenport (1895–1977). He was featured in Birth of a Nation (1915) and Intolerance (1916), both directed by D.W. Griffith, and starred opposite leading ladies such as Florence Turner, Gloria Swanson, Lillian Gish, Elsie Ferguson, and Geraldine Farrar en route to becoming one of Hollywood's major heartthrobs.

Already involved with the creation of more than 100 motion picture shorts, Reid was signed by producer Jesse L. Lasky and starred in another 60 plus films for Lasky's Famous Players film company, later Paramount Pictures. Frequently paired with actress Ann Little, his action-hero role as the dashing race-car driver drew young girls and older women alike to theaters to see his daredevil auto thrillers such as The Roaring Road (1919), Double Speed (1920), Excuse My Dust (1920), and Too Much Speed (1921). One of his auto-racing films, Across the Continent (1922), was chosen as the opening night film for San Francisco's Castro Theatre, which opened 22 June 1922. 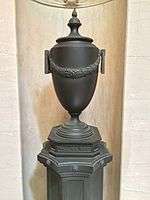 The urn of Wallace Reid, in the Great Mausoleum, Forest Lawn Glendale

While en route to a location in Oregon during filming of The Valley of the Giants (1919), Reid was injured in a train wreck near Arcata, California, and needed six stitches to close a three-inch scalp wound.[3] To keep on filming, he was prescribed morphine for relief of his pain. Reid soon became addicted, but kept on working at a frantic pace in films that were growing more physically demanding and changing from 15–20 minutes in duration to as much as an hour. Reid's morphine addiction worsened at a time when drug rehabilitation programs were nonexistent, and he died in a sanitarium while attempting recovery.[4]

Wallace Reid was interred in the Azalea Terrace of the Great Mausoleum at Forest Lawn Memorial Park Cemetery in Glendale, California.

His widow, Dorothy Davenport (billed as Mrs. Wallace Reid), co-produced and appeared in Human Wreckage (1923), making a national tour with the film to publicize the dangers of drug addiction. Reid and she had two children: a son, Wallace Reid, Jr., born in 1917; and a daughter, Betty Mummert, whom they adopted in 1922 at age three.[5] Reid's widow never remarried.

Wallace Reid's contribution to the motion-picture industry has been recognized with a star on the Hollywood Walk of Fame.

Reid's name is mentioned by William Holden in Sunset Boulevard, a film in which Gloria Swanson, one of Reid's original costars, appeared as a forgotten silent film star. In Ken Russell's 1977 film Valentino, Reid is portrayed briefly and inaccurately as a bicycle-riding childish movie star and is made up to look like a cross between the character he played in Clarence, Harold Lloyd, and the comic actors Jimmie Adams and Churchill Ross. In the 1980 documentary Hollywood episode "Single Beds and Double Standards", Reid's story is recalled by those silent film survivors who worked with him: Gloria Swanson, Karl Brown, Henry Hathaway, and stuntman Bob Rose.

In 2007, a biography Wallace Reid: Life and Death of a Hollywood Idol by author E. J. Fleming appeared, the first since his mother's personal recollections after Reid's death. In 2011, his official biography, Wally: The True Wallace Reid Story by David W. Menefee (foreword by Robert Osborne), was sanctioned by Reid's surviving relatives and published by BearManor Media. The biography was submitted for a 2011 Pulitzer Prize. 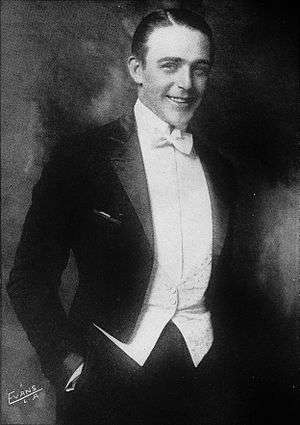 Reid was a favorite of movie-goers. The original caption of this image from Picture-Play Magazine reads, "The only reason why they don’t let Wally play in dress-suit roles all the time is that the casualties among the ladies would soon empty the picture houses. In fact, we feel that we’re toying with the fan hearts even to print this picture."[6]