Yemeni League is the top division of the Yemen Football Association. It was created in 1990 after the unification of North and South Yemen. It was set up in a four-level league system: Premier, First, Second and Third divisions.[1]

Currently, 14 clubs play at the top level, with four clubs being relegated to the 2nd tier. The season is generally run from early November to late June with the league winners entering the AFC Cup and Arab Champions League.

The 2014-15 campaign was cancelled due to the Civil War which also stopped all footballing activities in the country. 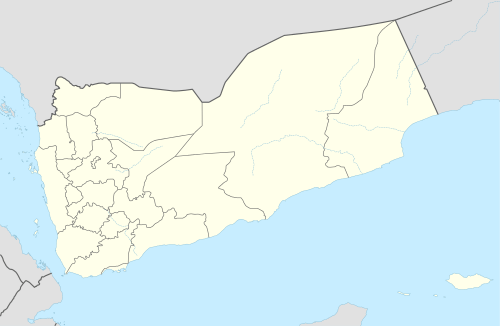 Zinjibar
Locations of teams in the 2014–15 Yemeni League

Champions Yemeni League (before the unification)

Fourteen clubs from a total of five towns and cities have been champions.