Sri Adhivan Satakopa, a Vadakalai saint,[5] who was a great grand disciple of Vedanta Desika[6][7] and a sishya of Ghatikasatham Ammal, the scholarly successor of the celebrated Sri Vaishnava stalwart Nadadoor Ammal,[8] founded and established the Matha, based on the Pancharatra tradition.[9][10][11][12]

As per legend, one of the nine Narasimhas of Ahobilam called Lord Malolan jumped into the hands of Srinivasacharya and ordered him to travel the length and breadth of the country. The current pontiff is the 46th Jeeyar Srimathe Srivan Satakopa Sri Ranganatha Yateendra Mahadesikan. He succeeded the previous pontiff 45th Jeeyar Srimathe Sri Lakshmi Nrsimha Divya Paduka Sevaka Srivan Satakopa Sri Narayana Yateendra Mahadesikan who attained Acharyan Thiruvadi on 19 May 2013 following a prolonged illness.

Several other temples such as the Nine(Nava) Narasimha temples of Ahobilam, Veeraraghava temple in Tiruvallur and Valvil Rama temple,Aandalakkum ayyan temple in the outskirts of Kumbakonam (Pullaboothankudi), are administered by Ahobila Matha. The Matha also has several branches across India. 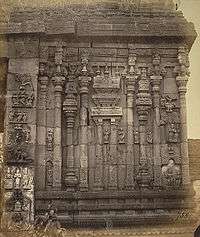 The Ahobila Matha has several religious and educational institutions in India which are:[13]