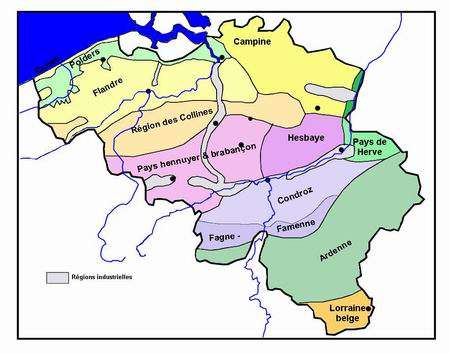 Belgian Lorraine (French: Lorraine belge) in the south of Belgium.

Belgian Lorraine is the part of Lorraine that lies in the south of the Belgian province of Luxembourg, part of Wallonia.

The term is used solely in a geological context, as the region is bordering the geologically distinct Ardennes in the north.

Culturally and linguistically, it is made up of two sub-regions:

Both have Standard French as official administrative language.