Boris Podrecca (born 30 January 1940) is a Slovene-Italian architect and urban designer living in Vienna, Austria. Podrecca is considered by some critics a pioneer of postmodernism. With some of his early works, such as the neuro-physiological institute at Stahremberg Palace (1982), he took a new, more tolerant attitude towards historical architectural forms.

He was born in Belgrade, Serbia (then in Yugoslavia), to a Slovene father and Croatian mother. His father was a Slovene immigrant from the Italian border region known as Julian March (Venezia Giulia), who had fled to the Kingdom of Yugoslavia in order to escape persecution from the Italian Fascist regime. His original Slovene surname, Podreka, had been Italianized to Podrecca in the early 1930s. After World War II, the family moved to Trieste, Italy, where Boris attended a Slovene language elementary school.

In the 1960s, he moved to Vienna to study architecture at the University of Technology where he graduated in 1968 with Professor Roland Rainer. From 1979 to 1981 he worked as an assistant at Technical University of Munich and later, as a guest lecturer at Lausanne, Paris, Venice, Philadelphia, London, Harvard-Cambridge, Boston and Vienna. From 1988 until 2006 he was full professor at the Technical University of Stuttgart and Director of the Institute of Architectural Design and Theory of Space. He is a foreign member of the Serbian Academy of Sciences and Arts. 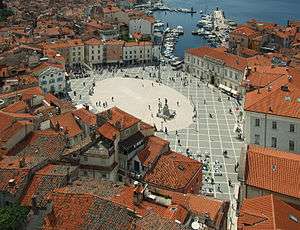 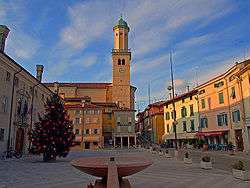