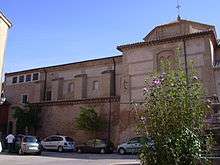 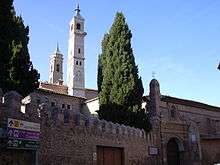 The Mudéjar towers of the Collegiate of Santa María

Borja is a town and municipality in the province of Zaragoza, community of Aragon, north-eastern Spain. As of 2014, its population was of 4,931.

The town's origins date back to the 5th century BC, when a Celtiberian settlement, known as Bursau or Bursao, existed near the current ruins of the castle. After the Roman conquest (1st century BC) also the slopes of the hill were populated, though the town started to expand significantly only after the Muslim conquest in the 8th century AD.

In the 12th century it was conquered by the Christians from the north, and in the 15th/16th centuries it was converted into a military fortress against the Castillan invasions, but at the same time received much of its historical architectural heritage, with numerous churches and palaces. It received the title of "city" by King Alfonso V of Aragon in 1438. During the reign of the Catholic Monarchs, the Jews, forming an important part of the Borjan community, were expelled.

Borja lived through a period of recession and plagues in the 17th and 18th centuries. It recovered economically starting from the 19th century, when a railway connecting the city to Cortes de Navarra was inaugurated. In the 20th century agriculture, traditionally the mainstay of Borja's economy, started to lose its importance, and, without a consistent industrial base, the city lost economical and political importance in the area: much of the population therefore emigrated to other more developed areas. The industrial sector is intended to be boosted by businesses being attracted to the ongoing development "Polígono Industrial Barbalanca", the Barbalanca Industrial Estate. 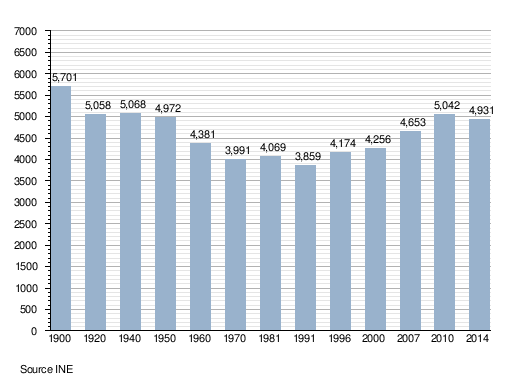 In 2012, octogenarian amateur painter Cecilia Giménez botched a partial restoration of an unremarkable Ecce Homo fresco (c. 1930) depicting Christ by Elías García Martínez. The spectacularly bad results garnered worldwide attention,[1] and has been called one of "the worst art restoration projects of all time"[2]