The Brooklyn Dodgers were an American football team that played in the National Football League from 1930 to 1943, and in 1944 as the Brooklyn Tigers. The team played its home games at Ebbets Field. In 1945, because of financial difficulties, the team was merged with the Boston Yanks and were known as the Yanks for that season. The franchise was not related to the American Football League franchise that played as the Brooklyn Tigers for the first half of the 1936 season before moving to Rochester and playing as the Rochester Tigers. Another NFL team that played in Brooklyn was the Brooklyn Lions (which became the Brooklyn Horsemen after merging with an AFL team of the same name) in 1926. Owner Dan Topping pulled the team out of the NFL in 1946 and placed it in the newly established All American Football Conference.

The team began play in 1930 after two Brooklyn businessmen bought the Dayton Triangles for $2,500 and moved the team into Ebbets Field. These two individuals were Bill Dwyer, a past owner of the New York Americans and Pittsburgh Pirates of the National Hockey League, and Jack Depler, a player-coach for the NFL's Orange Tornadoes. Dwyer and Depler then renamed the Triangles the Brooklyn Dodgers, borrowing the name of Brooklyn's then major league baseball team.

The 1930 Dodgers, built largely from the roster of the 1929 Tornadoes, finished fourth in the NFL with a 7–4–1 record. The high point of their season consisted of a 7–6 upset over the New York Giants at the end of November. The Dodgers star back was Jack McBride, a former Giant. He led the league in scoring with a total of 56 points in 1930. However the 1931 season saw the Dodgers post a 2–12 record. Once the season ended, Benny Friedman was brought in as the team's new player-coach.

The 1932 season started off promising with wins over the Staten Island Stapletons and the new Boston Braves (later renamed the Redskins). However the team soon hit a five-game losing streak. The streak ended with a 3–0 win over the Chicago Cardinals, however that win was followed by four more losses. The Dodgers ended their season 3–9.

At the end of the 1932 season, Bill Dwyer had enough of professional football. His three years with the Dodgers had cost him an estimated $30,000. The Dodgers were then purchased by two former New York Giants players, Chris Cagle and John Simms Kelly for $25,000. Cap McEwen, a successful college football coach, was then brought in to replace Friedman, who would continue to play tailback for the Dodgers through half of the upcoming season. The 1933 season also saw the NFL split into two divisions. The Dodgers were placed in the Eastern Division. Dodgers had a chance for first place, by posting a 5–2–1 record, however a 10–0 loss to the Giants in front of 28,000 Brooklyn fans at Ebbets Field ended that chance in November.

The following season Dan Topping bought Chris Cagle's half of the team. Topping would later become an owner and president of baseball's New York Yankees. Meanwhile, Cagle continued to play in the Brooklyn backfield. However the only positive story to come out of the season for Brooklyn was the signing of Ralph Kercheval. Kercheval would go on to become one of the great NFL kickers. He returned to play for Brooklyn for the next seven seasons. He also scored every point for the Dodgers in their last six games as they finished with a 4–7 record.

In 1935 Paul Schissler. the former coach of the Chicago Cardinals, took over as the Dodgers coach. However the team's stars Cagle, Friedman, and Kelly all retired. As a result, the Dodgers line-up consisted of 15 rookies. The 1935 season did show the team posting a 5–6–1 record and second place in the Easter Division. Over the next four seasons, the Dodgers placed either in the fourth or third place in the Eastern standings. Several of the star players to wear a Dodgers uniform during this time included Harold "Bunker" Hill, Bob Wilson, and Bill Lee. The roster also included future Hall of Famers, Red Badgro and Ace Parker. Both men had played professional baseball in the majors. Badgro played for the St. Louis Browns before playing in the NFL for the Giants and Yankees. Meanwhile, Parker played under Connie Mack, while as a member of the Philadelphia Athletics. He is best known for hitting a home run his first time at bat as a pinch hitter, becoming the first player in American League history to do so. Another future Hall of Famer joined the team in 1938, Frank Kinard. Kinard would play for Brooklyn for the rest of the franchise's history.

The Dodgers made NFL history on October 22, 1939. That day, at Ebbets Field, the Dodgers played the Philadelphia Eagles in the first NFL game shown on television. The Dodgers won the game 23–14. 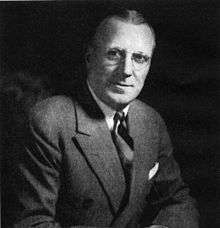 In 1940, the Dodgers chose Jock Sutherland as their team's next coach. Sutherland brought to Brooklyn the Single-wing formation, which he had used at Lafayette College and Pitt. Under Sutherland, Brooklyn finished in second place in the Eastern standings behind the Redskins. Meanwhile, Parker was awarded the Joseph Carr Trophy as the leagues Official Most Valuable Player. During this time, Dodger staples Mike Gussie All American from West Virginia University, Dick Cassiano and Ben Kish, who played for Sutherland at Pitt; George Cafego and Banks McFadden were signed by the team.

In 1941, the team again landed in second place of the Eastern Division, behind only the Giants. Dodger Clarence "Pug" Manders won the NFL rushing title that season with 486 yards. His title still represents the smallest amount of yards carried to ever win this title. Warren Alfson and Merlyn Condit joined the team that season. Sutherland's 1940 and 1941 campaigns would be the most successful during the franchise's history.

Beginning in 1942, the team went into a steep decline, as World War II caused a shortage of players and fans. Coach Sutherland, along with Ace Parker and several other players left the team to join the military. Mike Getto took over the coaching duties; however with the core of the team gone, the Dodgers sunk to a 3–8–0 record. A year later the team ended up only winning two games.

In 1944, the team was renamed the Tigers but suffered a 0–10 regular season record. In a desperate attempt for survival, the team merged with the Boston Yanks for the 1945 season. The merged team played four home games in Boston and one in New York, but fans from neither city cared as they finished with a 3–6–1 record. The merger occurred on April 10, 1945 after the 1945 NFL Draft.

Topping, the Dodgers and the AAFC

In December 1945, Topping announced his intentions to accept the All-America Football Conference's New York franchise. In response, the NFL cancelled his NFL team franchise and all of its players were assigned to Boston. Meanwhile, the AAFC planted another team in Brooklyn called the Dodgers. The two teams would later merge in 1949. Topping's Yankees employed several former Dodgers players in 1946 and 1947 such as Parker, Kinard and Manders. The Yankees would lose the AAFC Championship in 1946 and 1947 to the Cleveland Browns.

Indirect ties to the Indianapolis Colts

The sequence of events begun by the demise of the Brooklyn Dodgers NFL team eventually resulted in the creation of what is now the Indianapolis Colts.

The Boston Yanks moved to New York as the Bulldogs in 1949. After the 1949 season the NFL added three teams from the AAFC. The AAFC Yankees players were split between the Giants and Bulldogs. The Bulldogs renamed themselves the New York Yanks in the same season.

After the 1951 season, Yanks owner Ted Collins sold the franchise back to the league. The NFL then sold it to a new owner, Giles Miller, who moved the team to Dallas and renamed it the Dallas Texans. Miller returned his franchise to the league in the middle of the 1952 season, and the NFL operated it as a traveling team before folding it at the end of the season. In 1953, the NFL granted an expansion franchise to a Baltimore-based group and awarded it the remains of the Texans organization. The team, named the Colts, relocated to Indianapolis in 1984. However, the NFL currently does not consider the Colts to be a continuation of the franchise once known as the Brooklyn Dodgers.

The Dodgers are the only defunct franchise to send a player to the Pro Bowl/All-Star Game multiple times apart from the New York Yanks' Brad Ecklund.[1]