Club Valencia is a Maldivian football club based in Malé, Maldives that plays in the Dhivehi Premier League. Club Valencia was the first Maldivian club to pay a salary for its players.

The notion of establishing a football club named Club Valencia arose in the late 1970s from the players of blue and gold teams participating in the Junior Football Pool organized by National Sports Academy.

The first two names proposed to the government for approval as the name of the club were Youth Recreation Movement and Juvenile Valencia Athletico; both were rejected. The third name, Club Valencia was then approved by the government.

An election was held during March 2012 for new posts. The new chairman of the club is Ibrahim Raee Rasheed, and the new vice chairman is Vadi Hassan Abdulla. 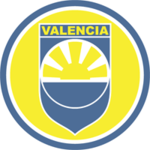