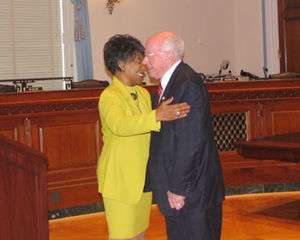 The Committee on House Administration, which consists of 9 members, has jurisdiction over all legislation and other matters relating to the House of Representatives, such as:

Due to its relatively small size, the House Administration Committee has not had subcommittees for most of its existence. For the 110th Congress, Chairwoman Millinder-McDonald recommended the creation of two new subcommittees, which were approved by the full committee on February 16, 2007.[1] However, in the 113th Congress, the committee abolished both subcommittees.[2]