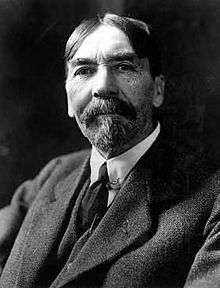 The sociologist and economist Thorstein Veblen coined the term "conspicuous consumption", and was a co-founder of the institutional economics movement.

Conspicuous consumption is the spending of money on and the acquiring of luxury goods and services to publicly display economic power—of the income or of the accumulated wealth of the buyer. To the conspicuous consumer, such a public display of discretionary economic power is a means either of attaining or of maintaining a given social status.[1][2]

The development of Thorstein Veblen's sociology of conspicuous consumption produced the term invidious consumption, the ostentatious consumption of goods that is meant to provoke the envy of other people; and the term conspicuous compassion, the deliberate use of charitable donations of money in order to enhance the social prestige of the donor, with a display of superior socio-economic status.[3]

In the 19th century, the term conspicuous consumption was introduced by the economist and sociologist Thorstein Veblen (1857–1929), in the book The Theory of the Leisure Class: An Economic Study in the Evolution of Institutions (1899), to describe the behavioural characteristics of the nouveau riche (new rich) social class who emerged as a result of capital accumulation during the Second Industrial Revolution (ca. 1860–1914).[4] In that 19th-century social and historical context, the term "conspicuous consumption" was narrowly applied to describe the men, women, and families of the upper class who applied their great wealth as a means of publicly manifesting their social power and prestige, either real or perceived.

In the 20th century, the significant improvement of the material standard of living of a society, and the consequent emergence of the middle class, broadly applied the term "conspicuous consumption" to the men, women, and households who possessed the discretionary income that allowed them to practice the patterns of economic consumption—of goods and services—which were motivated by the desire for prestige, the public display of social status, rather than by the intrinsic, practical utility of the goods and the services proper. In the 1920s, economists, such as Paul Nystrom (1878–1969), proposed that changes in the style of life, made feasible by the economics of the industrial age, had induced to the mass of society a "philosophy of futility" that would increase the consumption of goods and services as a social fashion; an activity done for its own sake. In that context, "conspicuous consumption" is discussed either as a behavioural addiction or as a narcissistic behaviour, or both, which are psychologic conditions induced by consumerism—the desire for the immediate gratification of hedonic expectations.

Sociologically, conspicuous consumption was thought to comprise socio-economic behaviours practiced by rich people; yet, economic research indicated that conspicuous consumption is a socio-economic behaviour common to the poor social-classes and economic groups, and common to the societies of countries with emerging economies. That among such people, displays of wealth are used to psychologically combat the impression of poverty, usually because such men and women belong to a socio-economic class society perceives as poor.[5] In The Millionaire Next Door: The Surprising Secrets of America's Wealthy (1996), Thomas J. Stanley and William D. Danko reported that Americans with a net worth of more than one million dollars are likely to avoid conspicuous consumption. That millionaires tend to practice frugality, e.g. prefer to buy used cars with cash rather than new cars with credit, in order to avoid material depreciation and paying interest for a loan to buy a new car.[6]

Conspicuous compassion, the practice of publicly donating great sums of money to charity to enhance the social prestige of the donor, is sometimes described as a type of conspicuous consumption.[3] This behaviour has long been recognised and sometimes attacked – for example, the New Testament story Lesson of the widow's mite criticises wealthy people who make large donations ostentatiously while praising poorer people who make small but comparatively more difficult donations in private.[7]

As proposed by Thorstein Veblen in the 19th century, conspicuous consumption (spending money to buy goods and services for their own sake) explains the psychological mechanics of a consumer society, and the increase in the number and the types of the goods and services that people consider necessary to and for their lives in a developed economy.

Supporting interpretations and explanations of contemporary conspicuous consumption are presented in Consumer Culture (1996), by C. Lury,[8] Consumer Culture and Modernity (1997), by D. Slater,[9] Symbolic Exchange and Death (1998), by Jean Baudrillard,[10] and Spent: Sex, Evolution, and the Secrets of Consumerism (2009), by Geoffrey Miller.[11] Moreover, Hiding in the Light (1994), by D. Hebdige, proposed that conspicuous consumption is a form of displaying a personal identity,[9][12][13] and a consequent function of advertising, as proposed in Ads, Fads, and Consumer Culture (2000), by A. A. Berger.[14]

Each variant interpretation and complementary explanation is derived from Thorstein Veblen's original sociologic proposition in The Theory of the Leisure Class: that conspicuous consumption is a psychological end in itself, from which the practitioner (man, woman, family) derived the honour of superior social status.

High levels of conspicuous consumption may be seen as socially undesirable on two grounds; firstly, as it is often associated with high relative income, high levels of conspicuous consumption may be an indicator of high levels of income inequality, which may be found intrinsically or instrumentally objectionable; secondly conspicuous consumption differs from other forms of consumption in that the main reason for the purchase of positional goods is not due to the additional direct utility provided by the goods alleged high quality, but rather the social prestige associated with the consumption of that good. One downside of this search for status is that individual purchases of positional goods may at a social level be self-defeating due to external effects. In this case, the externality is status anxiety, the loss of social status suffered by people whose stock of high-status goods (positional goods) is diminished, in relation to the stocks of other conspicuous consumers, as they increase their consumption of high-status goods and services; effectively, status-seeking is a zero-sum game—by definition, the rise of one person in the social hierarchy can occur only at the expense of other people. Therefore, the conspicuous consumption of luxury goods and services (positional goods) is an economic loss—like competitive military spending (an arms race), wherein each country must match the military expenditures of other countries in the arms race, or suffer a loss of relative military power. In the case of conspicuous consumption, taxes upon luxury goods diminish societal expenditures on high-status goods, by rendering them more expensive than non-positional goods. In this sense, luxury taxes can be seen as a market failure correcting Pigovian tax—with an apparent negative deadweight loss, these taxes are a more efficient mechanism for increasing revenue than 'distorting' labour or capital taxes.[26]

A luxury tax applied to goods and services for conspicuous consumption is a type of progressive sales tax that at least partially corrects the negative externality associated with the conspicuous consumption of positional goods.[27] In Utility from Accumulation (2009), Louis Kaplow said that assets exercise an objective social-utility function, i.e. the rich man and the rich woman hoard material assets, because the hoard, itself, functions as status goods that establish his and her socio-economic position within society.[28] When utility is derived directly from accumulation of assets, this lowers the dead weight loss associated with inheritance taxes and raises the optimal rate of inheritance taxation.[29] 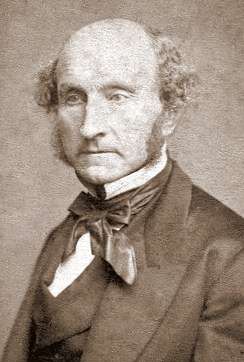 In the 19th century, the philosopher John Stuart Mill recommended taxing the practice of conspicuous consumption.

Now the part played by comparative, as distinguished from absolute, income is likely to be small for incomes that only suffice to provide the necessaries and primary comforts of life, but to be large with large incomes. In other words, a larger proportion of the satisfaction yielded by the incomes of rich people comes from their relative, rather than from their absolute, amount. This part of it will not be destroyed if the incomes of all rich people are diminished together. The loss of economic welfare suffered by the rich when command over resources is transferred from them to the poor will, therefore, be substantially smaller relatively to the gain of economic welfare to the poor than a consideration of the law of diminishing utility taken by itself suggests.[34]

The economic case for the taxation of positional, luxury goods has a long history; in the mid-19th century, in Principles of Political Economy with some of their Applications to Social Philosophy (1848), John Stuart Mill said:

I disclaim all asceticism, and by no means wish to see discouraged, either by law or opinion, any indulgence which is sought from a genuine inclination for, any enjoyment of, the thing itself; but a great portion of the expenses of the higher and middle classes in most countries . . . is not incurred for the sake of the pleasure afforded by the things on which the money is spent, but from regard to opinion, and an idea that certain expenses are expected from them, as an appendage of station; and I cannot but think that expenditure of this sort is a most desirable subject of taxation. If taxation discourages it, some good is done, and if not, no harm; for in so far as taxes are levied on things which are desired and possessed from motives of this description, nobody is the worse for them. When a thing is bought not for its use but for its costliness, cheapness is no recommendation.[35]