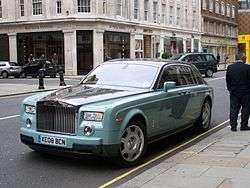 Rolls-Royce Phantom is a luxury vehicle 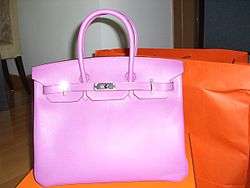 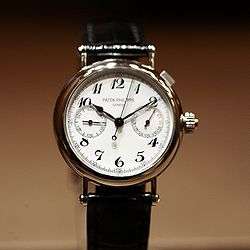 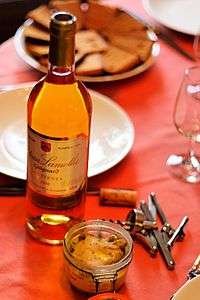 Luxury goods are said to have high income elasticity of demand: as people become wealthier, they will buy more and more of the luxury good. This also means, however, that should there be a decline in income its demand will drop. Income elasticity of demand is not constant with respect to income, and may change sign at different levels of income. That is to say, a luxury good may become a normal good or even an inferior good at different income levels, e.g. a wealthy person stops buying increasing numbers of luxury cars for his or her automobile collection to start collecting airplanes (at such an income level, the luxury car would become an inferior good).

Some luxury products have been claimed to be examples of Veblen goods, with a positive price elasticity of demand: for example, making a perfume more expensive can increase its perceived value as a luxury good to such an extent that sales can go up, rather than down.

Although the technical term luxury good is independent of the goods' quality, they are generally considered to be goods at the highest end of the market in terms of quality and price. Classic luxury goods include haute couture clothing, accessories, and luggage. Many markets have a luxury segment including, for example, automobile, yacht, wine, bottled water, coffee, tea, foods, watches, clothes, jewelry, and high fidelity.

Luxuries may be services. The hiring of full-time or live-in domestic servants is a luxury reflecting disparities of income. Some financial services, especially in some brokerage houses, can be considered luxury services by default because persons in lower-income brackets generally do not use them.

The three dominant trends in the global luxury goods market are globalization, consolidation, and diversification. Globalization is a result of the increased availability of these goods, additional luxury brands, and an increase in tourism. Consolidation involves the growth of big companies and ownership of brands across many segments of luxury products. Examples include LVMH, Richemont, and Kering, which dominate the market in areas ranging from luxury drinks to fashion and cosmetics. Leading global consumer companies, such as Procter & Gamble, are also attracted to the industry, due to the difficulty of making a profit in the mass consumer goods market.

The luxury goods market has been on an upward climb for many years. Apart from the setback caused by the 1997 Asian Financial Crisis, the industry has performed well, particularly in 2000. In that year, the world luxury goods market – which includes drinks, fashion, cosmetics, fragrances, watches, jewelry, luggage, handbags – was worth close to $170 billion and grew 7.9 percent.[2] The United States has been the largest regional market for luxury goods and is estimated to continue to be the leading personal luxury goods market in 2013, with a value of 62.5 billion euros.[3] The largest sector in this category was luxury drinks, including premium whisky, Champagne, Cognac. This sector was the only one that suffered a decline in value (-0.9 percent). The watches and jewelry section showed the strongest performance, growing in value by 23.3 percent, while the clothing and accessories section grew 11.6 percent between 1996 and 2000, to $32.8 billion. North America is the largest regional market for luxury goods; unlike the modest 2.9 percent growth experienced by the Western European market, the North American market achieved growth of just under 10 percent. The largest ten markets for luxury goods account for 83 percent of overall sales, and include Japan, China, United States, Russia, Germany, Italy, France, United Kingdom, Brazil, Spain, and Switzerland.

In 2012, China surpassed Japan as the world's largest luxury market.[4] China's luxury consumption accounts for over 25% of the global market.[5] The Economist Intelligence Unit published a report on the outlook for luxury goods in Asia[6] which explores the trends and forecasts for the luxury goods market across key markets in Asia. In 2014, the luxury sector is expected to grow over the next 10 years because of 440 million consumers spending a total of 880 billion euros, or $1.2 trillion.[7] 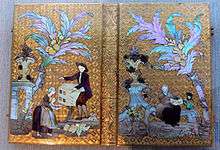 Secular Rococo luxury or treasure binding for a book, using techniques from the making of gold boxes, in gold, mother of pearl and hardstone, Berlin, 1750–1760. By this time such lavish bindings were unusual.

Though often verging on the meaningless in modern marketing, "luxury" remains a legitimate and current technical term in art history for objects that are especially highly decorated to very high standards and use expensive materials. The term is especially used for medieval manuscripts to distinguish between practical working books for normal use, and fully illuminated manuscripts, that were often bound in treasure bindings with metalwork and jewels. These are often much larger, with less text on each page and many illustrations, and if liturgical texts were originally usually kept on the altar or sacristy rather any library that the church or monastery who owned them may have had. Secular luxury manuscripts were commissioned by the very wealthy and differed in the same ways from cheaper books.

"Luxury" may be used for other applied arts where both utilitarian and luxury versions of the same types of objects were made. This might cover metalwork, ceramics, glass, arms and armour, and a wide range of objects. It is much less used for objects with no function beyond being an artwork: paintings, drawings and sculpture, even though the disparity in cost between an expensive and cheap work may have been as large.

Scope of the term

With increasing "democratization" of luxury goods,[8] new product categories have been created within the luxury market, called "accessible luxury" or "mass luxury". These are meant specifically for the middle class, which sometimes called the "aspiring class" in this context. Because luxury has now diffused into the masses, defining the word has become more difficult.[9]

Bringing up to the modern day the long and generally very unsuccessful history of sumptuary laws designed to curb excessive personal consumption, in February 2013, the Chinese government banned advertisements for luxury goods on its official state radio and television channels.[10]

Several manufactured products attain the status of "luxury goods" due to their design, quality, durability or performance that are remarkably superior to the comparable substitutes. Thus, virtually every category of goods available on the market today includes a subset of similar products whose "luxury" is marked by better-quality components and materials, solid construction, stylish appearance, increased durability, better performance, advanced features, and so on. As such, these luxury goods may retain or improve the basic functionality for which all items of a given category are originally designed.

There are also goods that are perceived as luxurious by the public simply because they play a role of status symbols as such goods tend to signify the purchasing power of those who acquire them. These items, while not necessarily being better (in quality, performance, or appearance) than their less expensive substitutes, are purchased with the main purpose of displaying wealth or income of their owners. These kinds of goods are the objects of a socio-economic phenomenon called conspicuous consumption and commonly include luxury vehicles, watches, jewelry, designer clothing, yachts, as well as large residences, urban mansions, and country houses. Also see positional good. 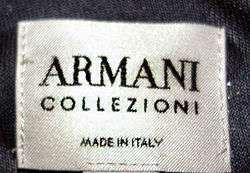 Armani Collezioni is a luxury brand for clothing, while Armani Exchange and Armani Jeans are accessible brands

A luxury brand or prestige brand is a brand for which a majority of its products are luxury goods. It may also include certain brands whose names are associated with luxury, high price, or high quality, though few, if any, of their goods are currently considered luxury goods.

LVMH (Louis Vuitton Moet Hennessy) is the largest luxury good producer in the world with over fifty brands, including Louis Vuitton, the brand with the world's first fashion designer label. The LVMH group made a profit of €2 billion on sales of €12 billion in 2003. Other market leaders include Richemont and Kering (previously named PPR).

A rather small group in comparison, the wealthy tend to be extremely influential. Once a brand gets an "endorsement" from members of this group, then the brand can be defined as a true "luxury" brand. An example of different product lines in the same brand is found in the automotive industry, with "entry-level" cars marketed to younger, less wealthy consumers, and higher-cost models for older and more wealthy consumers.

The advertising expenditure for the average luxury brand is 5-15% of sales revenue, or about 25% with the inclusion of other communications such as public relations, events and sponsorships.[11]

Since the uprising of the 'luxury brand' in the 1800s, department stores dedicated to selling all major luxury brands have popped up in most major cities around the world. Le Bon Marche located in Paris, France is credited for being one of the first of its kind, but also Neiman Marcus, Selfridges, Lane Crawford, Isetan, Fortnum & Mason, Lord & Taylor, Harvey Nichols, Barneys New York, Saks Fifth Avenue, David Jones, KaDeWe, Harrods and Holt Renfrew are seen as some of the most influential and historical. Most big fashion houses & jewelers from Chanel, ANTORINI to Tiffany & Co. have boutiques located inside these massive stores.

Fashion brands within the luxury goods market tend to be concentrated in exclusive or affluent districts of cities around the world. These include: