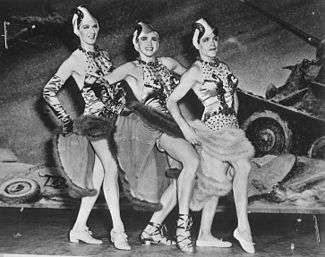 Irving Berlin's "This Is the Army, Mr. Jones", performed by cross-dressers (1942)

Cross-dressing is the act of wearing items of clothing and other accoutrements commonly associated with the opposite sex within a particular society.[1] Cross-dressing has been used for purposes of disguise, comfort, and self-actualization in modern times and throughout history.

The term cross-dressing denotes an action or a behavior without attributing or implying any specific causes for that behavior. It is often assumed that the connotation is directly correlated with behaviors of transgender identity or sexual, fetishist, and homosexual behavior, but the term itself does not imply any motives and is not synonymous to one's gender identity.

Cross-dressing has been practiced throughout much of recorded history and in many societies. There are many examples in Greek, Norse, and Hindu mythology. A reasonable number of historical figures are known to have cross-dressed to varying degrees and for a variety of reasons. There is a rich history of cross-dressing found in folklore, literature, theater, and music. Examples include Kabuki and Korean shamanism. 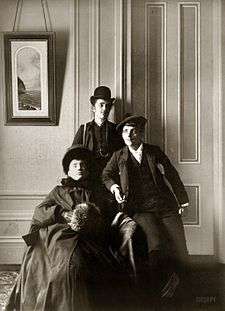 Frances Benjamin Johnston (right) poses with two cross-dressing friends, the "lady" is identified by Johnston as the illustrator Mills Thompson 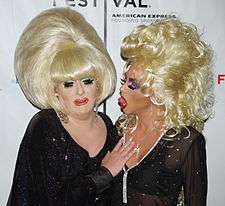 Drag queens are a form of cross-dressing as performance art

Gender disguise has been used by women and girls to pass as male in society and by men and boys to pass themselves off as female. Gender disguise has also been used as a plot device in storytelling and is a recurring motif in literature, theater, and film. It is a common plot device in narrative ballads.[3] Historically, some women have cross-dressed to take up male-dominated or male-exclusive professions, such as military service. Conversely, some men have cross-dressed to escape from mandatory military service[4] or as a disguise to assist in political or social protest, as men did in the Rebecca Riots.

Single-sex theatrical troupes often have some performers who cross-dress to play roles written for members of the opposite sex (travesti). Cross-dressing, particularly the depiction of males wearing dresses, is often used for comic effect onstage and onscreen.

Drag is a special form of performance art based on the act of cross-dressing. A drag queen is usually a male-bodied person who performs as an exaggeratedly feminine character, in heightened costuming sometimes consisting of a showy dress, high-heeled shoes, obvious makeup, and wig. A drag queen may imitate famous female film or pop-music stars. A faux queen is a female-bodied person employing the same techniques.

A drag king is a counterpart of the drag queen but usually for much different audiences, and is defined as a female-bodied person who adopts a masculine persona in performance or imitates a male film or pop-music star. Some female-bodied people undergoing gender reassignment therapy also self-identify as drag kings although this use of "drag king" would generally be considered inaccurate. 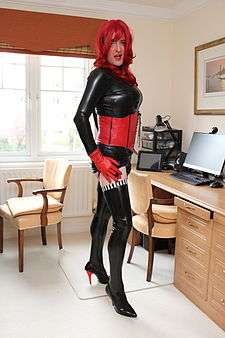 A transvestic fetishist is a person (typically a heterosexual male) who cross-dresses as part of a sexual fetish.

Some people who cross-dress may endeavor to project a complete impression of belonging to another gender, including mannerisms, speech patterns, and emulation of sexual characteristics. This is referred to as passing or "trying to pass" depending how successful the person is. An observer who sees through the cross-dresser's attempt to pass is said to have read or clocked them. There are videos, books, and magazines on how a man may look more like a woman.[5]

Female masking is a form of cross-dressing in which men wear masks that present them as female.[6]

Sometimes either member of a heterosexual couple will crossdress in order to arouse the other. For example, the male might wear skirts or lingerie and/or the female will wear boxers or other male clothing. (See also forced feminization)

Others may choose to take a mixed approach, adopting some feminine traits and some masculine traits in their appearance. For instance, a man might wear both a dress and a beard. This is sometimes known as genderfuck.

The actual determination of cross-dressing is largely socially constructed. For example, in Western society, trousers have been adopted for usage by women, and it is not regarded as cross-dressing. In cultures where men have traditionally worn skirt-like garments such as the kilt or sarong, these are not seen as female clothing, and wearing them is not seen as cross-dressing for men. As societies are becoming more global in nature, both men's and women's clothing are adopting styles of dress associated with other cultures. 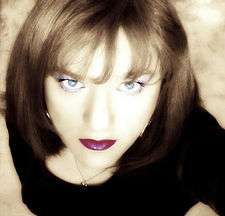 It was once considered taboo in Western society for women to wear clothing traditionally associated with men, except when done in certain circumstances such as cases of necessity (as per St. Thomas Aquinas's guidelines in Summa Theologiae II).[7]

While this prohibition remained in force in general throughout the Middle Ages and early modern era, this is no longer the case and Western women are often seen wearing trousers, ties, and men's hats. Nevertheless, many cultures around the world still prohibit women from wearing trousers or other traditionally male clothing.

Cosplaying may also involve cross-dressing, for some females may wish to dress as a male, and vice versa (see Crossplay). Breast binding (for females) is not uncommon and is one of the things likely needed to cosplay a male character.

In most parts of the world it remains socially disapproved for men to wear clothes traditionally associated with women. Attempts are occasionally made, e.g. by fashion designers, to promote the acceptance of skirts as everyday wear for men. Cross-dressers have complained that society permits women to wear pants or jeans and other masculine clothing, while condemning any man who wants to wear clothing sold for women.

While creating a more feminine figure, male cross-dressers will often utilize different types and styles of breast forms, which are silicone prostheses traditionally used by women who have undergone mastectomies to recreate the visual appearance of a breast.

While most male cross-dressers utilize clothing associated with modern women, there are some who are involved in subcultures that involve dressing as little girls or in vintage clothing. Some such men have written that they enjoy dressing as femininely as possible, so they will wear frilly dresses with lace and ribbons, bridal gowns complete with veils, as well as multiple petticoats, corsets, girdles and/or garter belts with nylon stockings.

Cross-dressers may begin wearing clothing associated with the opposite sex in childhood, using the clothes of a sibling, parent, or friend. Some parents have said they allowed their children to cross-dress and, in many cases, the child stopped when they became older. The same pattern often continues into adulthood, where there may be confrontations with a spouse. Married cross-dressers experience considerable anxiety and guilt if their spouse objects to their behavior. Sometimes cross-dressers have periodically disposed of all their clothing, a practice called "purging", only to start collecting other gender's clothing again.[2] 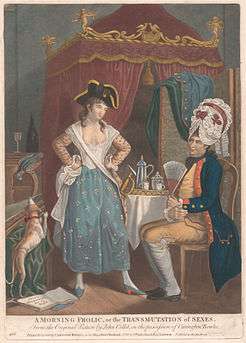 Satire on cross-dressing, around 1780 Britain

Advocacy for social change has done much to relax the constrictions of gender roles on men and women, but they are still subject to prejudice from some people.[8][9][10] It is noticeable that as 'transgender' is becoming more socially accepted as a normal human condition, the prejudices against cross-dressing are changing quite quickly, just as the similar prejudices against homosexuals have changed rapidly in recent decades.

The reason it is so hard to have statistics for female-bodied crossdressers is that the line where non-crossdressing stops and crossdressing begins has become blurred, whereas the same line for men is as well defined as ever. This is one of the many issues being addressed by third wave feminism as well as the modern-day masculist movement.

Culture has very mixed views about cross-dressing. A woman who wears her husband's shirt to bed is considered attractive while a man who wears his wife's nightgown to bed may be considered transgressive. Marlene Dietrich in a tuxedo was considered very erotic; Jack Lemmon in a dress was considered ridiculous.[11] All this may result from an overall gender role rigidity for males; that is, because of the prevalent gender dynamic throughout the world, men frequently encounter discrimination when deviating from masculine gender norms, particularly violations of heteronormativity.[12] A man's adoption of feminine clothing is often considered a going down in the gendered social order whereas a woman's adoption of what are traditionally men's clothing (at least in the English-speaking world) has less of an impact because women have been traditionally subordinate to men, unable to affect serious change through style of dress. Thus when a male cross-dresser puts on his clothes, he transforms into the quasi-female and thereby becomes an embodiment of the conflicted gender dynamic. Following the work of Butler, gender proceeds along through ritualized performances, but in male cross-dressing it becomes a performative "breaking" of the masculine and a "subversive repetition" of the feminine.[13]

Psychoanalysts today do not regard cross-dressing by itself as a psychological problem, unless it interferes with a person's life. "For instance," said Dr. Joseph Merlino, senior editor of Freud at 150: 21st Century Essays on a Man of Genius, "[suppose that]...I'm a cross-dresser and I don't want to keep it confined to my circle of friends, or my party circle, and I want to take that to my wife and I don't understand why she doesn't accept it, or I take it to my office and I don't understand why they don't accept it, then it's become a problem because it's interfering with my relationships and environment."[14]