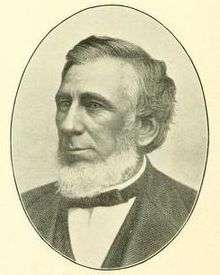 He worked on his father's farm and from age 18 on taught district school. He then entered Cambridge Academy, and graduated from Union College in 1835. Afterwards he taught school again in Memphis, New York and studied law there with D. D. Hills. He was admitted to the bar in 1836 and opened a law office with Hills in Syracuse.

In 1843, he was appointed Judge of the Court of Common Pleas of Onondaga County, a post he held until he was legislated out of office in July 1847. He was a justice of the New York Supreme Court from 1847 to 1858, and ex officio a judge of the New York Court of Appeals in 1850 and 1858. Afterwards he resumed the practice of law in partnership with D. J. Mitchell and Wilber M. Brown in Syracuse.