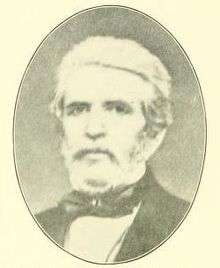 In 1853, he was appointed Collector of the Port of New York. At the New York state election, 1854, he ran on the Barnburner ticket for Governor of New York, but came in last of the four candidates of the major parties.

He died on September 3, 1863, in Saratoga, New York; and was buried at Green-Wood Cemetery in Brooklyn.