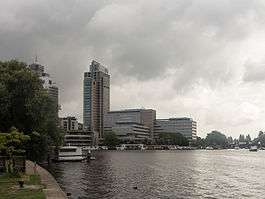 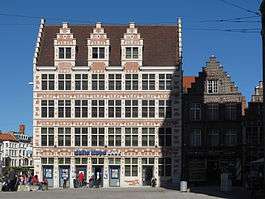 The company is owned by the Dutch foundation Nuts OHRA (5%) and publicly traded (95%). It was previously owned by Aviva.

The earliest predecessor of Delta Lloyd, the Hollandsche Societeit van Levensverzekeringen, was founded in 1807. In 1967 it merged with the Amsterdamsche Maatschappij van Levensverzekeringen and was renamed Delta. And in 1969 Delta merged with NedLloyd (not to be confused with the shipping company of the same name). In 1973 all shares in Delta were bought by the British firm Commercial Union (now Aviva).

The Delta Lloyd Group officially went public on the NYSE Euronext Amsterdam on 3 November 2009.[3] Delta Lloyd made 38–42% of its shares public, with its major shareholder Aviva reducing its ownership from 92% to 50–54%. Delta Lloyd's other previous shareholder, Nuts OHRA, retained its 8% stake.

OHRA was formed in 1925 and was known as Onderlinge ziektekostenverzekeringsfonds van Hoogere RijksAmbtenaren (Mutual health insurance for senior civil servants).