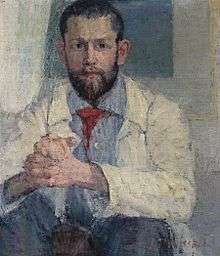 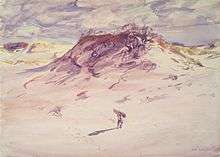 Dodge Macknight (1860–1950) was an American painter. His work falls under the post-Impressionism, an art movement that succeeded the nineteenth-century impressionism. McKnight made the major part of his career watercolors. His colorful works were appreciated by amateurs in Boston, who were receptive to impressionist aesthetics. He painted mostly landscapes and was considered as the equal of John Singer Sargent.

MacKnight lived in Fontvieille at the time when Vincent van Gogh was living in Arles.[1] In 1888, they met through John Peter Russell.[2] MacKnight became a friend of van Gogh, and introduced him to the Belgian painter Eugène Boch.[3] Russell portrayed both van Gogh and MacKnight.

The largest collections of MacKnight's works are in the Museum of Fine Arts (Boston) and the Fogg Art Museum in Cambridge (Massachusetts).