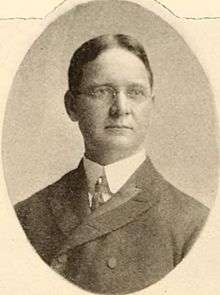 Edward Richard O'Malley (March 13, 1863 – May 30, 1935) was an American lawyer and politician who was New York Attorney General and a justice of the New York Supreme Court.

He was born on March 13, 1863, in Medina, Orleans County, New York, the son of Michael O'Malley and Bridget (Whalen) O'Malley. He worked on the family farm and attended the union school in Medina. Then he taught school and worked in a stone quarry to pay for tuition at Cornell Law School. He graduated as LL.B. in 1891, and was one of the founding members of the Delta Chi fraternity there.

He went to Buffalo, and became a clerk in the firm of Tabor, Sheehan, Cunneen & Coatsworth. In 1892, he was admitted to the bar, and practiced in Buffalo. He also entered politics as a Republican.[1]