Gold Coast United FC was a professional soccer club based on the Gold Coast, Queensland, Australia. It was officially announced as an expansion team for the A-League's 2009–2010 season on 28 August 2008. It was the second bid accepted by the league, with an unrelated bid known as Gold Coast Galaxy FC preceding it. The club was owned by Clive Palmer, the wealthiest man in Queensland until the FFA took over the club's A-League licence in February 2012.

In their first two A-League seasons, Gold Coast were one of the strongest clubs in the A-League, finishing in the top four on both occasions and making the finals series. Although in their third season, the teams form dropped due to off-field instability surrounding player contracts, coaching staff and community support. Since their inception, Gold Coast were criticised about their low attendance. In their first season, they averaged close to 5,500 people and in their second season, they averaged just under 3,300 people per game, making them the lowest attended team.[2] On 29 February 2012, the FFA revoked Clive Palmer's Gold Coast United A-League licence.[3]

A consortium under the working title of "Gold Coast Galaxy FC", led by real estate magnate Fred Taplin was, along with North Queensland Thunder, was considered for admission for the 2008–2009 season but Football Federation Australia delayed expansion of the league until at least the 2009–2010 season.[4][5] The Galaxy was strongly expected to join in the 2008–2009 season along with North Queensland Thunder, expanding the league to ten teams. Although the Galaxy bid appeared to have good support, the Thunder bid appeared much less secure, particularly after a major financial backer pulled out of the franchise on 5 March 2008. The FFA determined on 11 March that neither team would be granted entry "in the best interests of the league," given that a nine team format was generally unfavoured. Clive Palmer, who originally owned the club fully, sold a 10 percent share of Gold Coast to close friends who live in Melbourne at the start of 2007 when the club were not fully expected to be given a licence into the A-League.

During the off-season prior to the 2008–2009 season, a number of players were touted to join the club and it made some tentative signings, including former Queensland Roar manager Miron Bleiberg,[6] goalkeeper Scott Higgins,[7] and former Wellington Phoenix Brazilian player Felipe. Without entry into 2008–2009 season, the players became free agents and could still sign for the 2009–2010 season depending on the terms of their next club contracts. The franchise was also linked at times with signing Nwankwo Kanu as their "marquee" player.[8]

The name 'Galaxy' was an interim name and it was always undetermined whether or not that name would be used by the club as a permanent name. Galaxy was said to have ties to American Major League Soccer club Los Angeles Galaxy, which would have meant pre-season warm-up matches and possible player sharing opportunities. Indeed, in February 2008 there was even talk of David Beckham turning out for a pre-season match.[9] The Galaxy consortium had planned to market the club deep into Northern New South Wales, down to Coffs Harbour.

Once the FFA had decided not to have new franchises in 2008–2009, the focus turned to 2009–2010. The club was 70 percent owned by Clive Palmer, the richest man in Queensland, and the other 30 percent was owned by 3 unidentified men. The Galaxy consortium's chances of entering the A-League were dealt a severe blow in June 2008 when a rival consortium headed by real estate and mining businessman Clive Palmer entered talks with the FFA.[10] On 3 June 2008, Fred Taplin announced that the Gold Coast Galaxy had dropped out of the race for the Gold Coast licence and a place in the A-League 'in the interests of football'.[11] The same day, FFA chief Ben Buckley confirmed that the Palmer consortium had succeeded in securing the franchise.[12] On 6 June, Palmer signed a provisional agreement with the FFA to field a team in the 2009–2010 season. The press conference was held at Robina Stadium, further reinforcing the suggestion that the new franchise will play at the 27,000 capacity stadium.[13] Palmer declared that he would build a side capable of winning the League in its first season.[14]

On 9 April 2010 it was reported that Clive Palmer had ended his financial support of Gold Coast United, putting the club at risk of instant closure. However, this did not happen, and Palmer retained control of the club.[15] Gold Coast United chief executive Clive Mensink denied the club would fold, but the club would be forced to change its ownership structure.[16] And after crucial recruitings of Bruce Djite, Peter Perchtold and the re-signing of Shane Smeltz, the team would have the most dangerous attack in the whole of the A-League.

The 2011–12 season began with several key players departing including Bruce Djite to Adelaide United and the loss of Shane Smeltz to Perth Glory.

On 27 January 2012, Clive Palmer once again caused controversy by deciding to close all but the western grandstand of Skilled Park for the remainder of the A-League season. The action was a form of punishment to the club's fans for a flare which was thrown during their derby against Brisbane Roar. Despite backlash from within the community, Palmer stuck with his word by permanently closing the northern and eastern stands along with the southern stand which was already closed. On 29 February 2012, the FFA revoked Clive Palmer's Gold Coast United's A-League licence, however, they were allowed to play the final four games of the season. As a result, Palmer founded Football Australia  – a competing organisation that operated without any international affiliates.[17]

The colours of the club were yellow and royal blue. These colours are synonymous with, and representative of, the Gold Coast.[18] The club's alternate jersey was all white.

For the 2011/2012 season, the Hyatt Regency Coolum resort became United's title sponsor replacing Queensland Nickel, a company owned by Clive Palmer. The Hyatt emblem was emblazoned on the front of the club's strip. Other sponsors to have appeared on United's strip include Modern Solar,[19] WAECO[20] and Westpac.[21]

The club's home ground was Skilled Park. It shared this ground with the Gold Coast Titans NRL team. It is located in the growth suburb of Robina, next to Robina railway station. Skilled Park is able to seat 27,400 people. Low crowds in 2009 had led to the club capping crowds at 5000. The lowest crowd attendance was 1,141 when they played the Central Coast Mariners FC at Skilled Park, on 22 February 2012 in a 3–3 draw.[22]

Perth Glory !Perth Glory – (The Iron Ore Cup). A media-generated rivalry which commenced before the two teams' first meeting, and in honour of the two owners of the clubs, mining magnates Clive Palmer and Tony Sage. The rivalry was represented by a solid gold trophy donated by Clive Palmer, and the trophy was to be contested each time the two teams met.[23] It was considered a minor rivalry match by Perth Glory and Gold Coast supporters. The final head-to-head record for Gold Coast was 4 wins, 2 draws, and 2 losses. 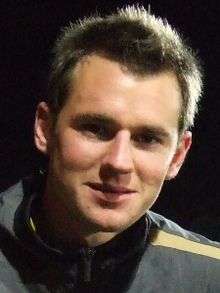 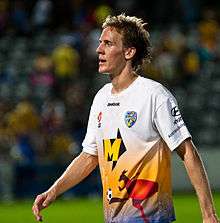