For other uses, see Hearing (disambiguation). 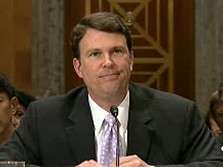 Picture from the Berry confirmation hearing by the U.S. Senate Committee on Homeland Security and Governmental Affairs in the Dirksen Senate Office Building, Rm. 342.

In law, a hearing is a proceeding before a court or other decision-making body or officer, such as a government agency[1] or a Parliamentary committee.[2]

A hearing is generally distinguished from a trial in that it is usually shorter and often less formal.[1] In the course of litigation, hearings are conducted as oral arguments in support of motions, whether to resolve the case without further trial on a motion to dismiss or for summary judgment, or to decide discrete issues of law, such as the admissibility of evidence, that will determine how the trial proceeds. Limited evidence and testimony may also be presented in hearings to supplement the legal arguments.[1]

In the United States, one aspect of the "due process revolution" is that many administrative decisions that were once made much less formally must now be preceded by a hearing. An important step in this development was the Supreme Court decision in Goldberg v. Kelly, 397 U.S. 254 (1970). There the Court held that an agency could not terminate a recipient's welfare benefits without a pre-termination hearing. The decision also illustrated that what constitutes a "hearing" can depend on the context. In Goldberg, the goal of a speedy decision was held to "justify the limitation of the pre-termination hearing to minimum procedural safeguards," which included such basic matters as the right to appear and to cross-examine witnesses, but did not include "a complete record and a comprehensive opinion".