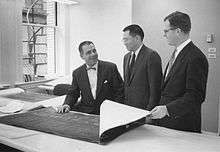 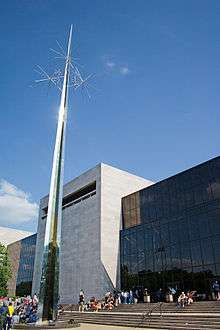 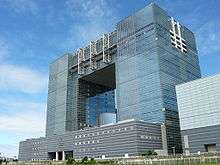 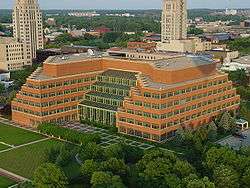 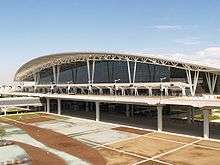 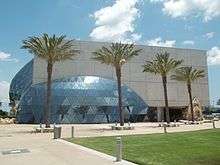 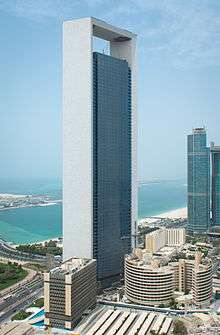 As of 2016, HOK is the largest U.S.-based architecture-engineering firm[1] and the second-largest interior design firm.[2] The firm maintains more than 1,800 professional staff across a global network of 23 offices and is active in all major architectural specialties. Its senior leaders are located in several different locations across the world.

HOK was established in St. Louis, Missouri, in 1955. The firm's name is derived from the surnames of its three founding partners: George Hellmuth, Gyo Obata and George Kassabaum, all graduates of the School of Architecture at Washington University in St. Louis. The design firm started with 26 employees and its three founders.

The practice's first building designs were schools in St. Louis suburbs, and St. Thomas Aquinas High School in Florissant was the first private/parochial school designed by the firm. Another prominent school they designed was the Saint Louis Priory School. By the mid-1960s, the firm was winning commissions across the United States and began to open additional offices, starting with San Francisco in 1966 for the design of a library at Stanford University and Dallas in 1968 for the master planning and design of Dallas-Fort Worth International Airport. Also in 1968, HOK launched its interior design practice. HOK also expanded into Washington, DC, after winning the commission to design the Smithsonian National Air and Space Museum. In 1973, HOK established a presence in New York by acquiring Kahn & Jacobs, designers of many New York City skyscrapers. By the 1970s, the firm was operating internationally and in 1975 the firm was named as architect of the $3.5 billion King Saud University in Riyadh, at the time the single largest building project in the world. In 1979, George Kassabaum was elected into the National Academy of Design as an Associate Academician.

In 1983, HOK formed HOK Sport Venue Event, which became a leader in designing sport stadiums, arenas and convention centers. In January 2009, the Board of HOK Group, Inc. and managers of HOK Sports Facilities, LLC transferred ownership of HOK Sport to leaders of that practice. The company became an independent firm, and rebranded itself as Populous.

HOK's first office outside the United States opened in Hong Kong in 1984. In 1987, the firm opened a London office and then, in 1995, expanded this London practice by merging with renowned UK architectural practice Cecil Denny Highton. In November 1994, HOK acquired CRSS Architects, Inc. based in Houston, Texas, adding offices in Houston and Atlanta. HOK established its first offices in Canada (Toronto and Ottawa) in 1997 with the acquisition of Urbana Architects.

In 2004, George Hellmuth's nephew, William Hellmuth, was named president of the firm.[3]

By 2007, international work represented more than 40% of HOK's annual revenue.[4]

In 2013, HOK acquired the New York and Shanghai offices of hospitality design firm BBG-BBGM, creating one of the largest interior design firms.[5] BBG-BBGM's office in Washington, D.C. continues to operate as BBGM.[6]

On January 13, 2015, HOK announced that it had completed its acquisition of 360 Architecture, a 200-person, Kansas City-based firm specializing in the design of stadiums, ballparks, arenas, recreation and wellness centers, and mixed-use entertainment districts. The acquisition enabled HOK to launch a new global Sports + Recreation + Entertainment design practice and to open new offices in Kansas City and Columbus, Ohio.[8] On May 15, 2015, the firm announced a multi-year partnership with the United Soccer League (USL) in the USA to lead a stadium development, design and standards initiative to help house all USL clubs in soccer-specific stadiums across North America by the end of the decade.[9]

In January 2016, HOK announced that Bill Hellmuth, the firm's president, will succeed Patrick MacLeamy as CEO, effective April 19, 2016. MacLeamy will continue to serve as chairman of HOK following the transition.[10]

In 1983, HOK introduced HOK Draw, computer-aided drafting software products that specialized in conceptual architectural design. In the early 2000s, HOK began using Building Information Modeling (BIM) to streamline the design and construction process.[11] In 2012, Building Design + Construction ranked HOK the No. 1 BIM Architecture Firm.[12] In 2013, DesignIntelligence magazine, based in part on the firm's leadership in buildingSMART and BIM, ranked HOK the No. 1 Design Firm for Technology Expertise.[13]

HOK is a leader in sustainable design.[14] Professionals in the firm authored one of the industry's most respected resources on the topic, "The HOK Guidebook to Sustainable Design," originally published in 2000 by John Wiley & Sons. A second edition of the book was published in 2005. In September 2008, to better integrate nature's innovations into the design of buildings, communities and cities worldwide, HOK announced an alliance with the Biomimicry Group, co-founded by Janine Benyus.[15] In 2010, HOK and energy and daylighting consultant The Weidt Group completed design of Net Zero Court, a 170,735-square-foot, market-rate, zero-emissions class A commercial office building in St. Louis.[16]

In 2013, HOK and Biomimicry 3.8 released the Genius of Biome report, a textbook for how to apply biomimicry design principles.[17]

In 2015, for the sixth consecutive year, the DesignIntelligence journal ranked HOK as a leader in sustainable and high-performance design".[18] HOK currently has more than 725 LEED (Leadership in Energy and Environmental Design) credentialed professionals and 231 LEED, BREEAM, Green Mark and Green Globe certified projects.